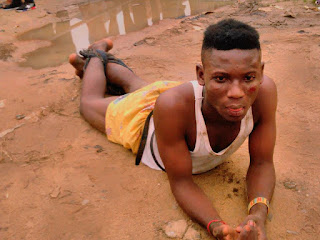 A young man got more than he bargained for after he decided to steal a wheel barrow of clothes from a seller in Rivers state. The thief who was with his stealing squad appeared to have successfully stolen the wears. But luck ran out on one of them after some community youths quickly ran after them and apprehended this one….
The ‘unlucky’ thief was dealt with very well before was handed over to the police by the youths.
See more pictures below!!! 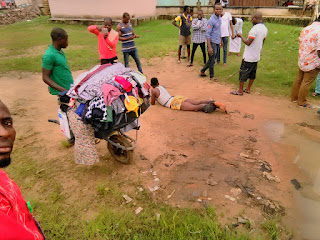 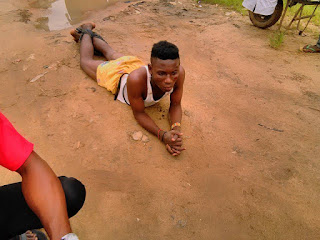 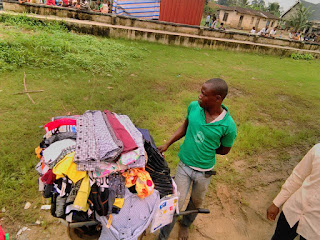