Popular Nigerian Skit-maker, De General has got Netizens taking after Gifting a car to a strange lady with a good heart.

On this video, the comedian made his followers known that the car is not a brand new, but as he recently gift his manager a car, no one is using it. So he decided to give it out to someone who can help him with fuel money. 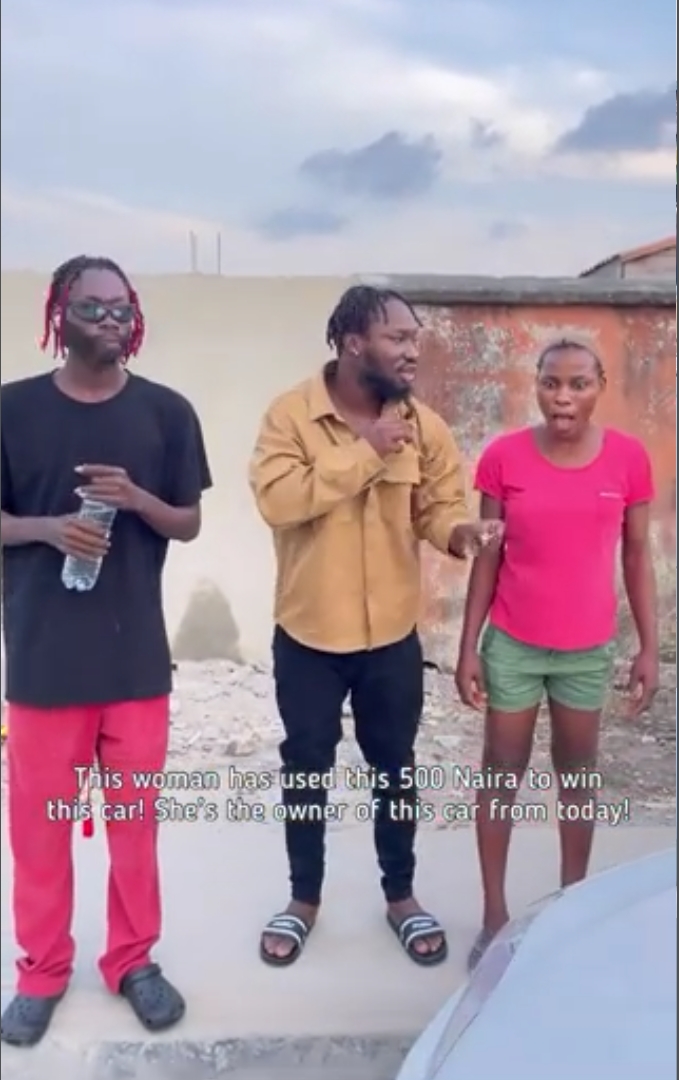 De General entered the street with his Ghanaian friend known as made in Ghana to beg random people for money to buy fuel the car. After several attempts, A Lucky lady was able to give “MADEINGHANA” 500 Naira to buy fuel.

Lastly, De General came out and presented the Lexus Es350 to her, told her that she won the car with just 500 Naira. The lady was filled with surprise and lots of people gathered to congratulate the young lady.