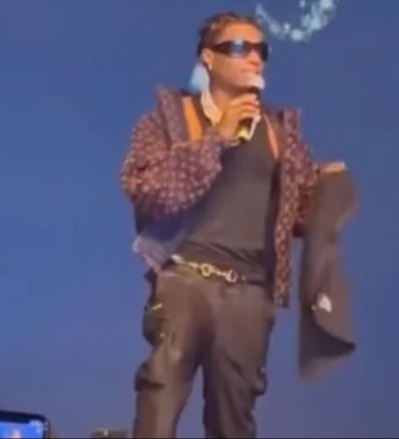 The crowd undoubtedly has thrilling moment as Wizkid performs his nostalgic songs and by extension brought out his colleagues that include, Wande Coal, BNXN, Buju, Ruger among others.

However, during his performance, Wizkid who had eelier disclosed that his shows in Lagos this year will be the last one blames people of always misquoting him.

Wizkid, a father of four takes his time during the middle of his performance and explains what he really meant by “his last performance in Lagos.”

The “Essence” hitmaker said he would need to start finishing his statements now as netizens are not really getting him these days.

He uttered that with the love his fans have given him over the past 20years, it’s really unfair to do several shows around the world then come back home and his fans would still pay to see him perform after all their supports so far since he rose to prominence and now worth billions of naira.

Wizkid further promised that this is the last time his fans will ever pay to see him perform as his shows in Lagos will be absolutely nothing but free as from now on.