A trending video captured on TikTok shows two ladies pranking their mother about getting pregnant for a married man who has two wives.

They both stopped their mother when she was leaving for a meeting and asked her to sit down for a brief discussion. 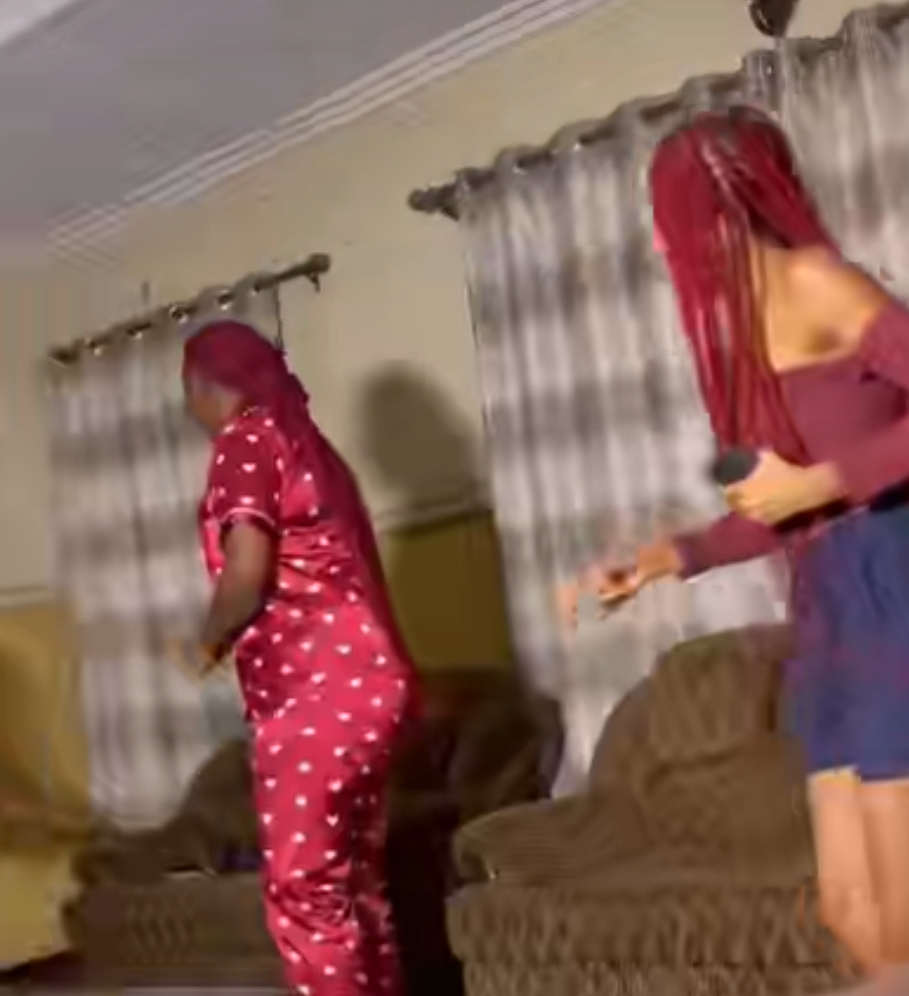 The girl who claimed to be pregnant, went ahead to beg her mother not to tell their dad what they were about to disclose to her.

She claimed to her mother that she was pregnant and her mother acted calmly at first as she guessed that Peter was responsible.

However, her attitude changed after the girl opened up that it was a married man who already has two wives.

In the video, the furious woman jumped and screamed before proceeding to beat her daughter. When her sister came to intervene, she beat her as well.

After a while, they both revealed to their mother that it was a prank and she instantly became calm.

Watch the video below ;