Imade, the first daughter of the highly-rated crooner, David Adeleke, better known as Davido subtly schooled her mother, Sophia Momodu while accusing her of being mean.

In the clip, Imade’s pet; a dog was being taken to the Dog Spa for cleaning. Unhappy Imade who apparently didn’t want her dog to be taken away from her engaged her mother, Sophia Momodu in an argument on why the dog shouldn’t be taken to the spa.

In the course of the discussion, Imade faulted her mother for being so meanwhile claiming that she wasn’t supposed to make videos of people when they are sad. 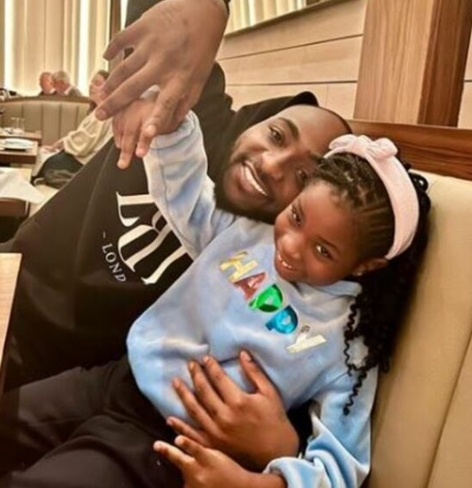 7-year-old Imade believed her dog was sad due to the fact that it was about to be taken away for some time.

Sophia Momodu further shared a video of the moment they arrived at the spa and captured Imade pitiable reaction after her dog got taken away from her to be gotten back in the next 5 days.

View the clip below: