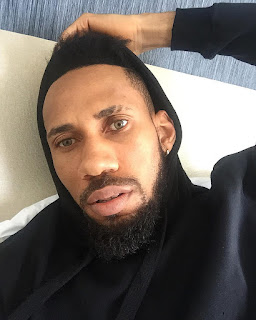 With indigenous rapper Phyno standing out as one of the celebs that are yet to join the baby daddy league, a female fan of his has reached out to him to beg him to refrain from following the multitude to become a baby daddy.
Just recently, singer Patoranking who had been greatly praised for not being involved in any controversies and having a baby mama, surprised fans with a picture of his pregnant girlfriend. Before this time next year, Patoranking will be a certified Baby daddy. Many fans extended their congratulations, but others expressed their disappointment at him.
That is something a particular female fan of Phyno does not want for the rapper. So she thought it wise to reach out to him and beg him to either zip up or keep from depositing his seed in any girl’s ovum. She wrote; “Please and please, do not join this trend. I’m on my knees. Marry properly and give her the belle biko.” Many reactions followed that plea.
Indeed, many fans are disappointed at Patoranking for impregnating a girl without marrying her. Now, all the attention have been shifted to Phyno and fans hope he won’t disappoint them like Pato did. Well, let’s watch and see.