In this exclusive interview, the 36-year-old TV star, Rosie Afuwape opened up as never before. 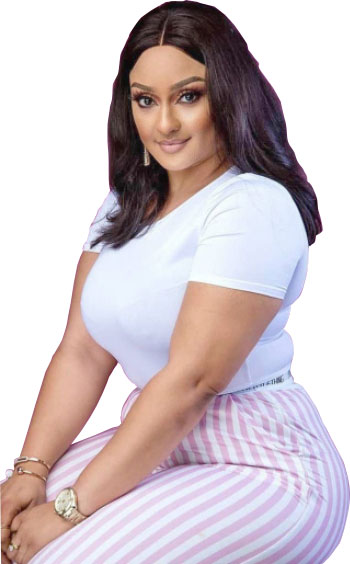 Sometime last year, a young teacher Rosie Afuwape took a break from the classroom in search of love in the maiden edition of Ultimate Love reality TV show.

She eventually found love in co-winner, Kachi Ucheagwu and both were on the verge of marriage as ‘Roskie’, only for them to split unannounced.

But then what actually happened between the lovebirds? In this exclusive chat, the 36-year-old TV star opened up as never before. Enjoy it.

Tell us briefly about yourself?

I am Rosie Afuwape from Ogun State. I had my primary and secondary education in Zaria, Kaduna State. I later proceeded to Turkey where I read International Relations. I have a Masters degree in Marketing Management.

Are you into acting now?

Of course, I act and I’m also an influencer.

Which film have you acted in?

I featured in Nneka: The Pretty Serpent. I also acted in one of AYs projects, and there is a TV series coming up soon in which I featured.

Tell us about your journey into acting?

It started in 2003 when I featured in Douglas My Love, which was my first movie role. My character was Chinyere, but it didn’t last long. I have acted in two other movies after that. Then I left for school. I didn’t even get to watch or see the movie. It was people who told me that they saw me in a movie. Some people bought the VCD for me to watch.

Did you encounter sex-for-role challenge while being an actor?

Of course, I did encounter people telling me I want to make you a superstar, all you have to do is sleep with me. I had so many of such talks, but God bless Father Moses, who told me that the way you carry yourself, the body language which you present to others, is the way people take you. It’s not that I didn’t have such encounters,  but I carried myself with so much pride, I placed so much value on myself. I didn’t need to sleep with anyone to have certain roles. I think that is part of the reasons I didn’t get many roles. Even up till now, I’m proud about that. It’s not about the quantity; it’s about the quality. So, I can boldly say without any guilt that everything I have done, every role I have played was on merit.

When are you expecting the Mr. Right?

When he comes (laughter).

But are you currently in a relationship?

Whats your idea of a man you would like to settle down with?

As a pretty woman, I’m sure there are many men that would want you; maybe you are driving them away?

It’s not as if I’m driving them away. I dont really go out like that. I’m not a socialite. I’m more of an indoor person. Of course, when you stay indoors, you won’t find a husband in your house. So, it’s just of recent that I try to bring myself out there.

People expected you and Kachi Ucheagwu to get married after emerging winners of Ultimate Love reality show last year. What actually happened?

Ultimate Love is a reality show that centres on love and marriage, because at the end of the day, the winners are supposed to get married. They are strangers coming into the house, they get to know each other, pairing up as partners and living together as couples. I won. I mean we won. But for some reasons, we didnt end up getting married.

Why did you enter for the reality show in the first place?

Of course, I wanted to settle down. I have kind of shut out love, I was always career driven and it was all about my son. Like I told you, I was not mingling. So, I decided to give it a shot, with encouragement from my friends, and I won.

How did you know about Ultimate Love?

Funny enough, a friend called and told me about this reality show. She came, picked me up, and took me to the interview. I went there reluctantly, I didnt even know I could get in. But as God would have it, I did. We won, but we didn’t get married.

Circumstances didn’t permit us to marry.

But some people said that you didn’t open up to him, you didn’t tell him about your son, your real identity etc?

What happened between the guy and me? I’m past that and I’m not talking about that. But in terms of me not opening up to him, those are just assumptions and speculations from people who feel the need to spread rumours and lies. The only thing I’m going to say is, I did open up myself to him. He knew so many things about me; I didn’t hide anything from him. But whatever transpired between him and me is past. It is now in the past. I don’t want to talk about that. But I was real with him 100 per cent. I don’t have too many friends,  but most of my friends would say Rosie was real 100 per cent. I don’t need to put up an act to please you. He knew that Rosie was real with him, even right from the (Ultimate Love) House. I don’t need to pretend to please anyone.