The attention of TikTokers has been drawn to a video of a baby who refused to drink milk.

The cute baby girl insisted on being served the chicken which she saw in a plate right before her. 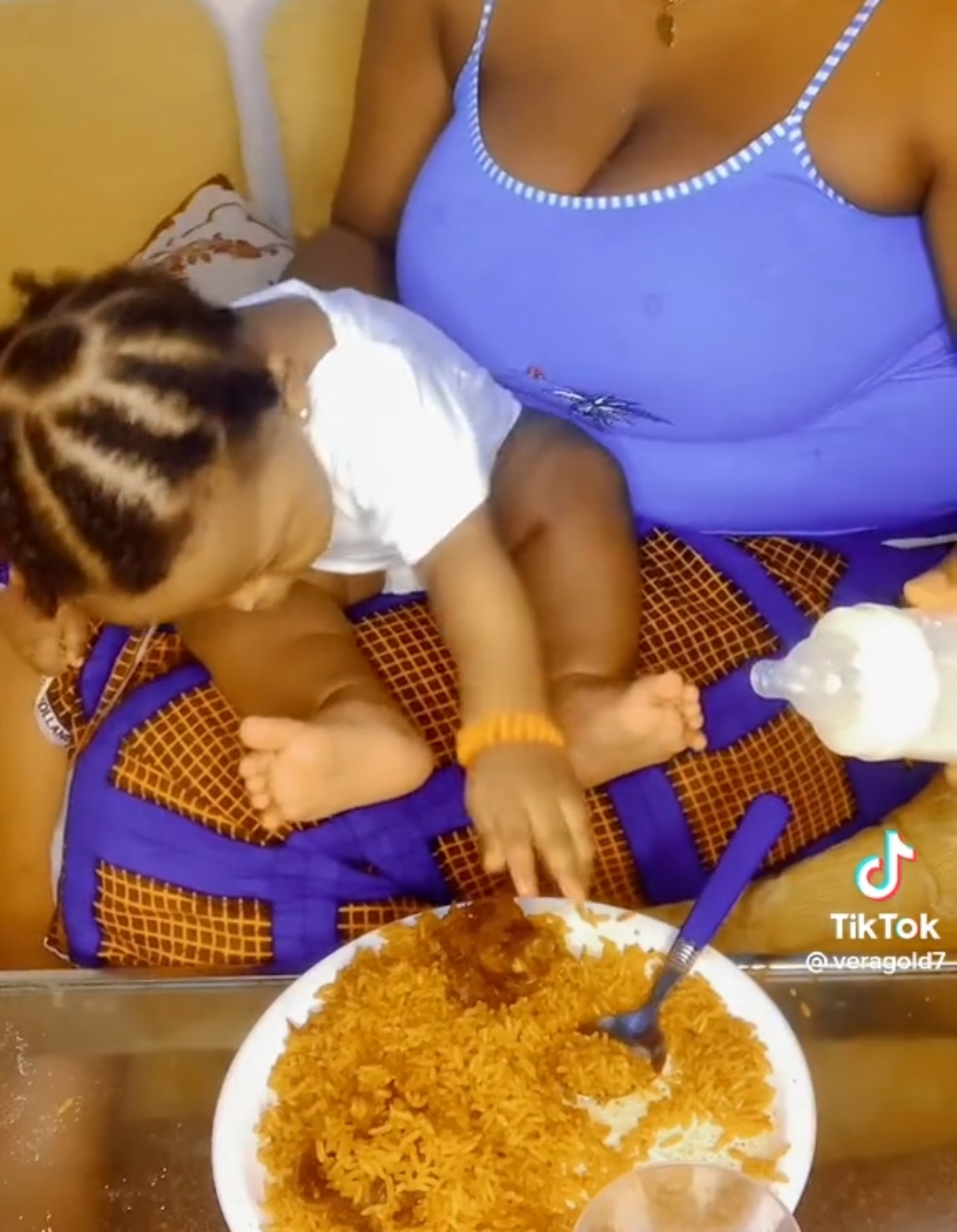 In the short clip seen on the TikTok handle of @veragold7, the girl named Zara removed her mouth when a feeding bottle containing milk touched it.

Zara’s eyes were on the chunk of meat in a plate of rice that her mother was eating. She bent gently and used her hand to carefully pick the meat by herself.

It was then that her mother realised what she wanted and took the meat off the plate.

The girl’s adult-like behaviour has stunned many TikTokers with some of them saying she is wise.