“What is going on Here” – Man Causes Stir in Street, Carries His Dog on Bicycle As They Cruise Around in Video

A TikTok video has shown a man who stormed the streets cruising in a bicycle with his dog.

In the video, the man rode into a busy street and navigated a tarred road as people watched. 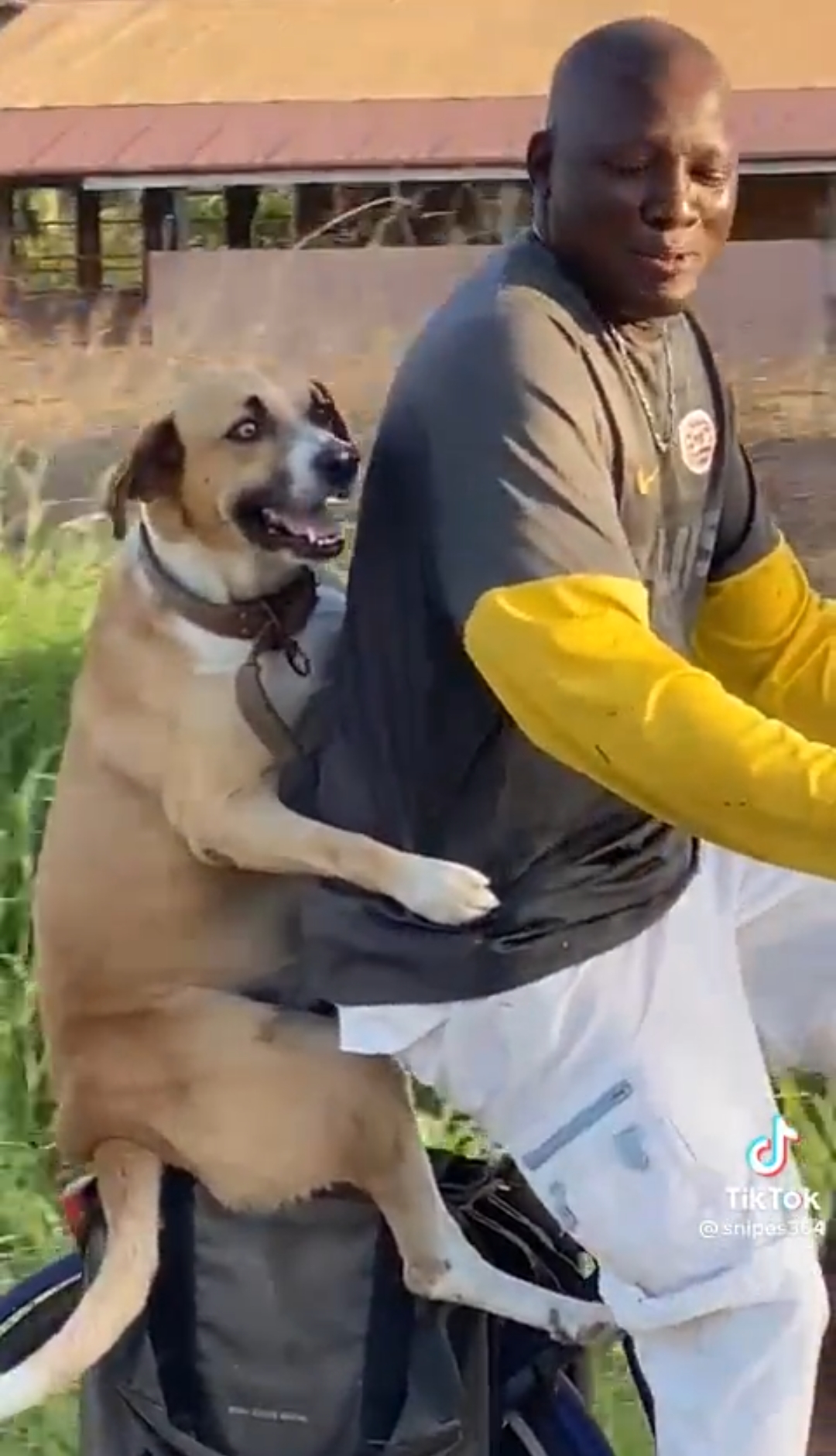 The dog was sitting comfortably on the carriage of the bicycle like a human being. It had its hands perfectly clutched on the waist of the man as he pedalled the bike.

It is not known where the video was recorded, but it has gone viral on TikTok and has generated chain reactions.

What has baffled people is the dog’s ability to sit without falling and then the way it appeareds to be enjoying the ride.

The man too rode absentmindedly, knowing that the dog will not fall. It may not be the first time he took the pet on a ride.