The clip which is from Isreal DMW’s wedding ceremony showed Davido performing one of his hit tracks, ‘IF’, and at a point, he whispered into his aide to inquire about Chioma. 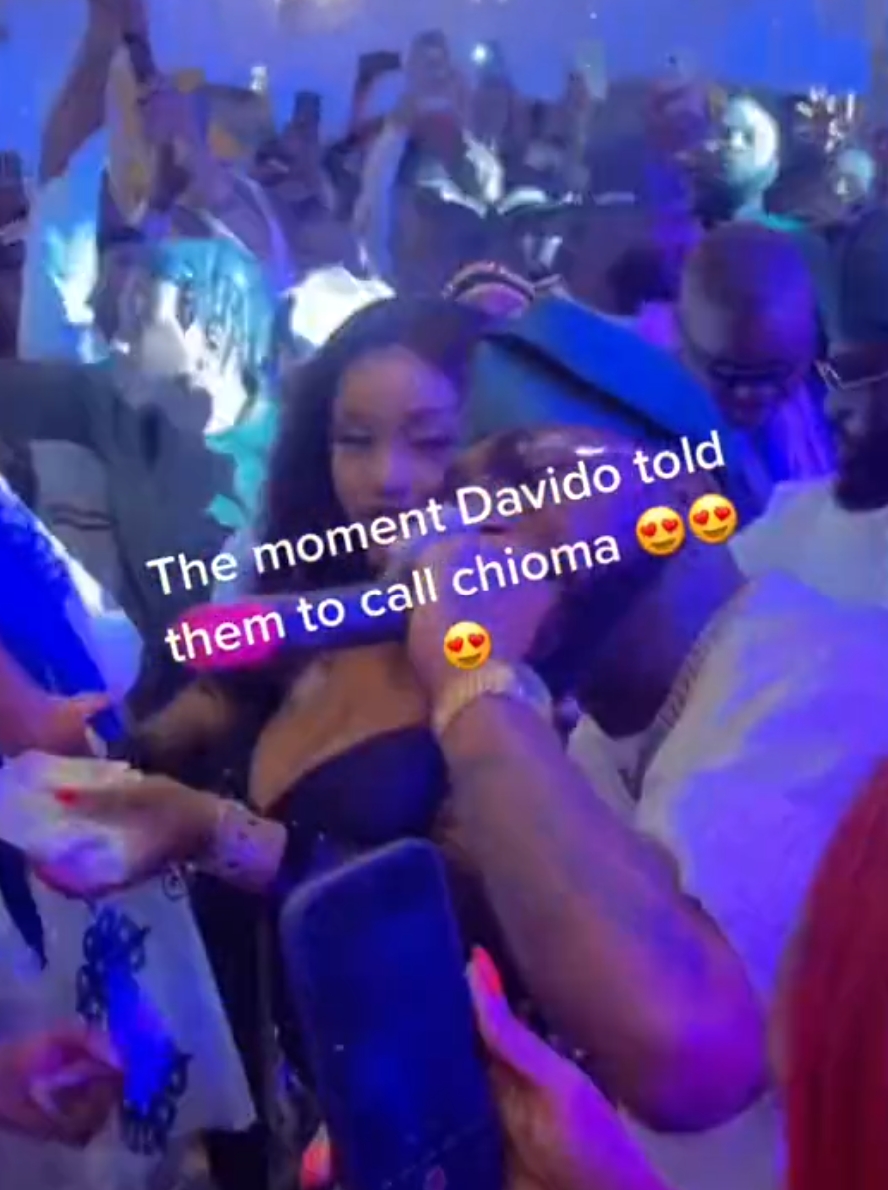 Chef Chi however showed up with huge bundles of cash in her hands and subsequently launched a gentle money spray as Davido thrilled the audience with a memorable performance.

Chioma could also be seen dancing softly to the music amid cheers and spirited chants from the wedding attendees.

A closer look also showed the moment Chioma’s cash got exhausted and Davido immediately gave her more cash to continue the random spray.

The clip had a caption that read:

“The moment Davido told them to call Chioma”