“What Are You Trying to Do?” – Netizens React to Hilarious Video of Sabinus Swimming in His House Pool (Watch)

Ace Nigerian skit maker Emmanuel Chukwuemeka Ejekwu better known as Sabinus recently got people online with a video clip of himself swimming like a child that was shared on his page.

Oga Sabinus, who recently acquired a new house with a swimming pool, has finally moved into his new property. 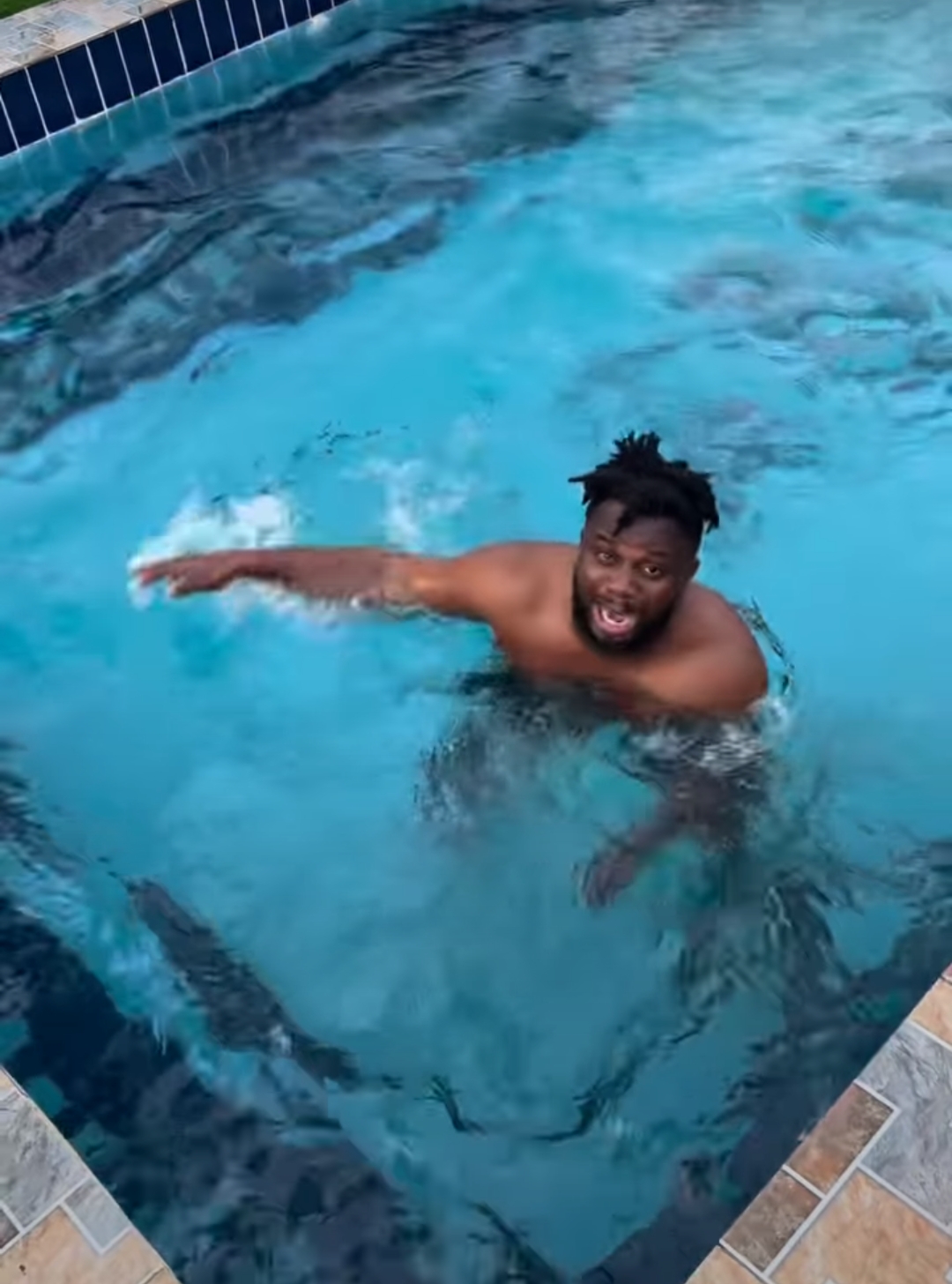 In celebration of Christmas, the skit maker seemed to have decided to take a deep in his new pool, even though he doesn’t seem to know how to swim.

In a hilarious attempt to swim from one end of the pool to another, the comedian was seen struggling badly as he junketed across like a child.

Nigerians have reacted to the hilarious clips, as many noted that the pool would end up just being for fashion in the long run.

Watch the funny video of Sabinus struggling like a child while swimming in his house pool below: