Frederick Leonard who took netizens unawares by unveiling Peggy Ovire as his lover on her birthday, even made things more official after he proposed to the actress at her birthday dinner party. 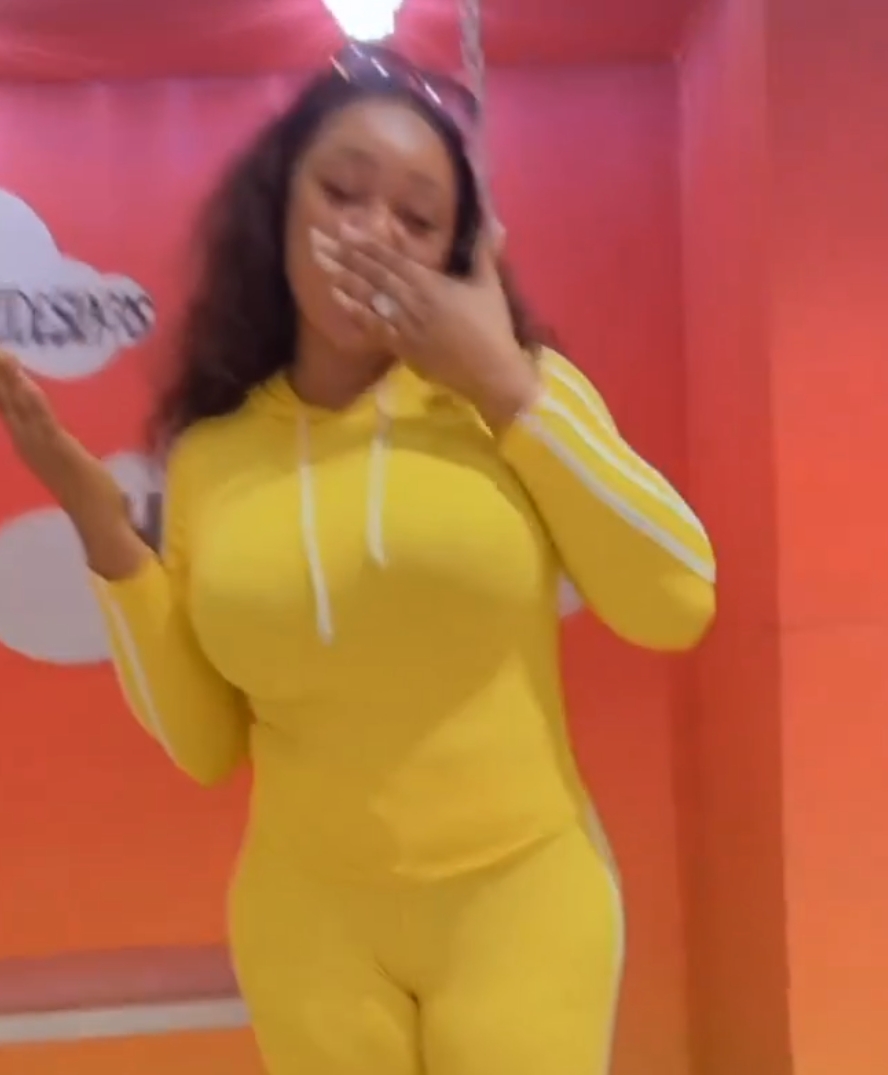 Freddie also melted the hearts of cybercitizens after he gifted Peggy Ovire a designer bag, Bvlgari on her birthday which obviously got her emotional.

However, in a recent video, Peggy Ovire who visited a fashion brand in Lagos ahead of her wedding believed to be on the 17th of November expressed how excited she is.

Peggy Ovire could be heard telling the videographer who seemed to be the owner of the clothing brand she visited that she’s getting married and can’t wait.

In response, the lady congratulated Peggy Ovire who gave a 360 turn in excitement.

The clip had a caption that read: