A recent video of popular Nigerian crossdresser Idris Okuneye Olanrewaju professionally known as Bobrisky with a man who happened to be a model has hits the internet and by extension generated mixed reactions among netizens.

Bobrisky who once disclosed that his purpose in life is to snatch people’s husbands and dump them after using them shared a clip of her taking a photoshoot via his official Snapchat account. 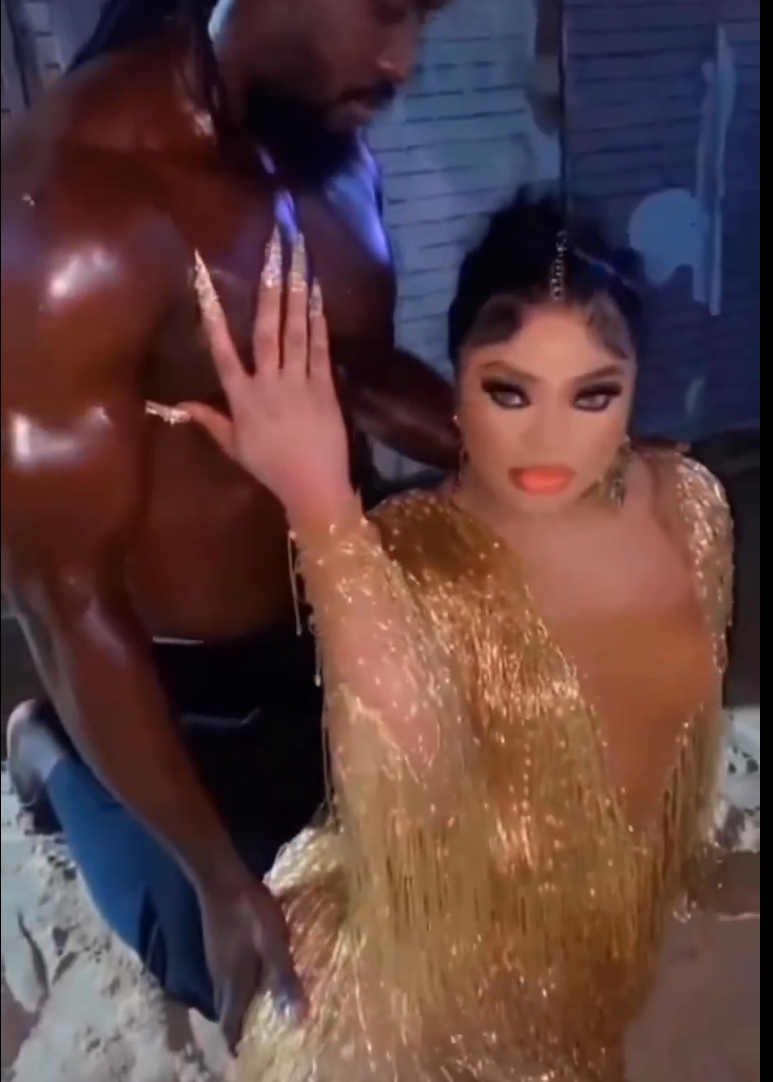 It was reported that the self-acclaimed male barbie becomes one of the trending conversations online few days ago after she got into heated exchange then fight with his colleague, James Brown as well as Instagram influencer Papaya Ex.

In a recent clip, Bobrisky who is well known for trending for wrong reasons goes into modelling in the photoshoot he took.

Details captured from the video show the moment a hefty man who happens to be a model was put in a quite erected position where he had to grab Bobrisky backside who is at the ground state with the crossdresser hand on the model chest.

A voice in the background could be heard telling Bobrisky how $exyy he looks with his man and put in a short smile in response as they continue the photoshoot.