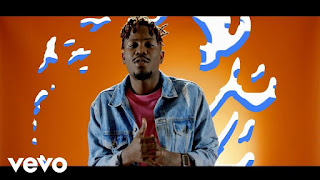 The Nigerian popular star YCEE, who rose to limelight after one of his singles titled “Condo”, which features vocals from Patoranking topped the Nigerian chart has released the official video to the record titled Juice which is off his debut E.P, The First Wave.