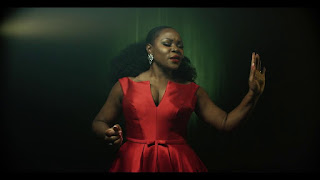 West African powerhouse Omawumi promised us album in 2016 but failed to deliver the LP, after the lukewarm acceptance of her brilliant duet with Angelique Kidjo christened “Play Na Play”.

Fast forward, to 2017 the “Megbele” singer takes off with a power ballad titled “Butterflies”, which serves as the first single for her new album titled “Timeless”. On this ballad we find Omawumi in rare vocal form on this beautiful song, the song was written by Omawumi and produced by Cobhams Asuquo and is the first offering from the brand new album which is being released worldwide in 2017 by Cabal Entertainment. On this new project Omawumi and Cobhams made a clear decision to record with live instrumentation and when you listen to this beautiful song you can hear all the elements clearly. Watch out below