In the video that captured the adorable father-son moment, the superstar singer is seen slowly devouring the food, which looked like fufu, while his son Zion, who was seated next to him, imitated him. 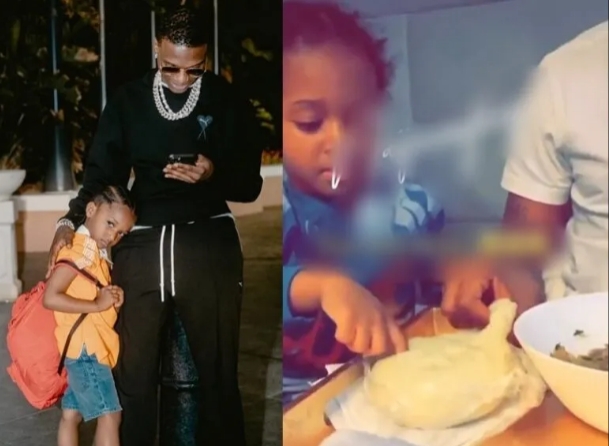 Wizkid cut a small morsel of the fufu with his hand, dipped it in the bowl of soup that was beside it, and then put it in his mouth.

Little Zion attempted to do the same as he observed his father with intense curiosity.

The video, however, sparked reactions on social media as many reacted to the little boy’s expression as he consumed the food.

@he_real_chestnot wrote, “Is the facial expression for me 😍😂”.