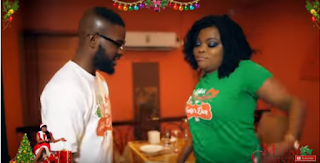 After a successful year of educationally entertaining the world, the casts of popular TV series Jenifa’s Diary, decided tobteam up with the production crew of the series “SCENE ONE PRODUCTIONS (S.O.P)” to appreciate the fans and audience of the popular tv series with this beautiful video Titled Christmas song.

The video directed by JJC SKILLZ has appearance by all casts of jenifa’s diary, and also features Sonorous,Pearl, Ruby and Rapper Mo eazy. The entire casts and crew of Jenifa’s Diary wishes you a merry Christmas and a happy new year” Enjoy!!!