Nigerian businesswoman, Toyin Lawani has dared people to do their worst after posing in sexy Muslim hijab and dress.

Businesswoman, Toyin Lawani has taunted those who attacked her nun-themed photos by releasing sexy pictures wearing Muslim cloth and hijab.
The businesswoman caused outrage when she wore a costume made to look like a Catholic nun’s habit, but it had crotch high slits on both legs, exposing her entire thighs.
People told her she’s able to do that because she knows Christians will let it slide. They dared her to try it with the hijab. 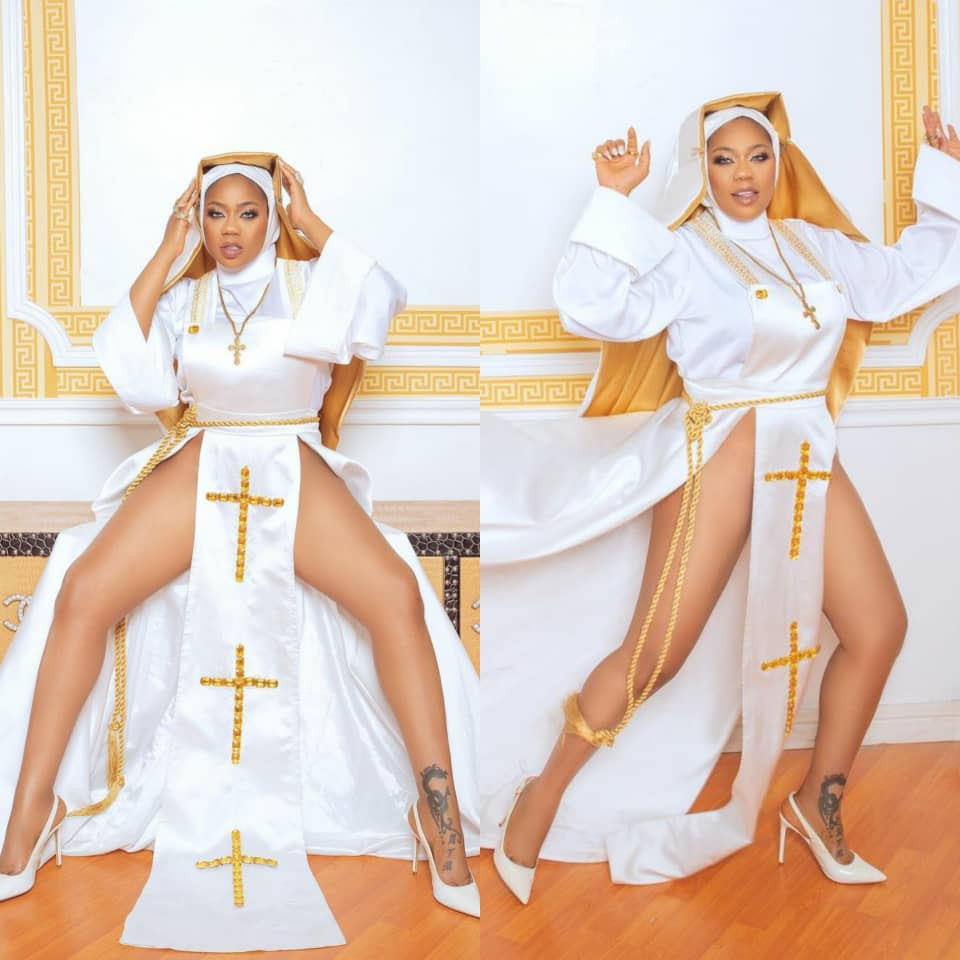 She hit back, saying she has done it with the hijab before. She then released a photo of her posing in a hijab and a long dress parted by the side to expose her leg and thigh. 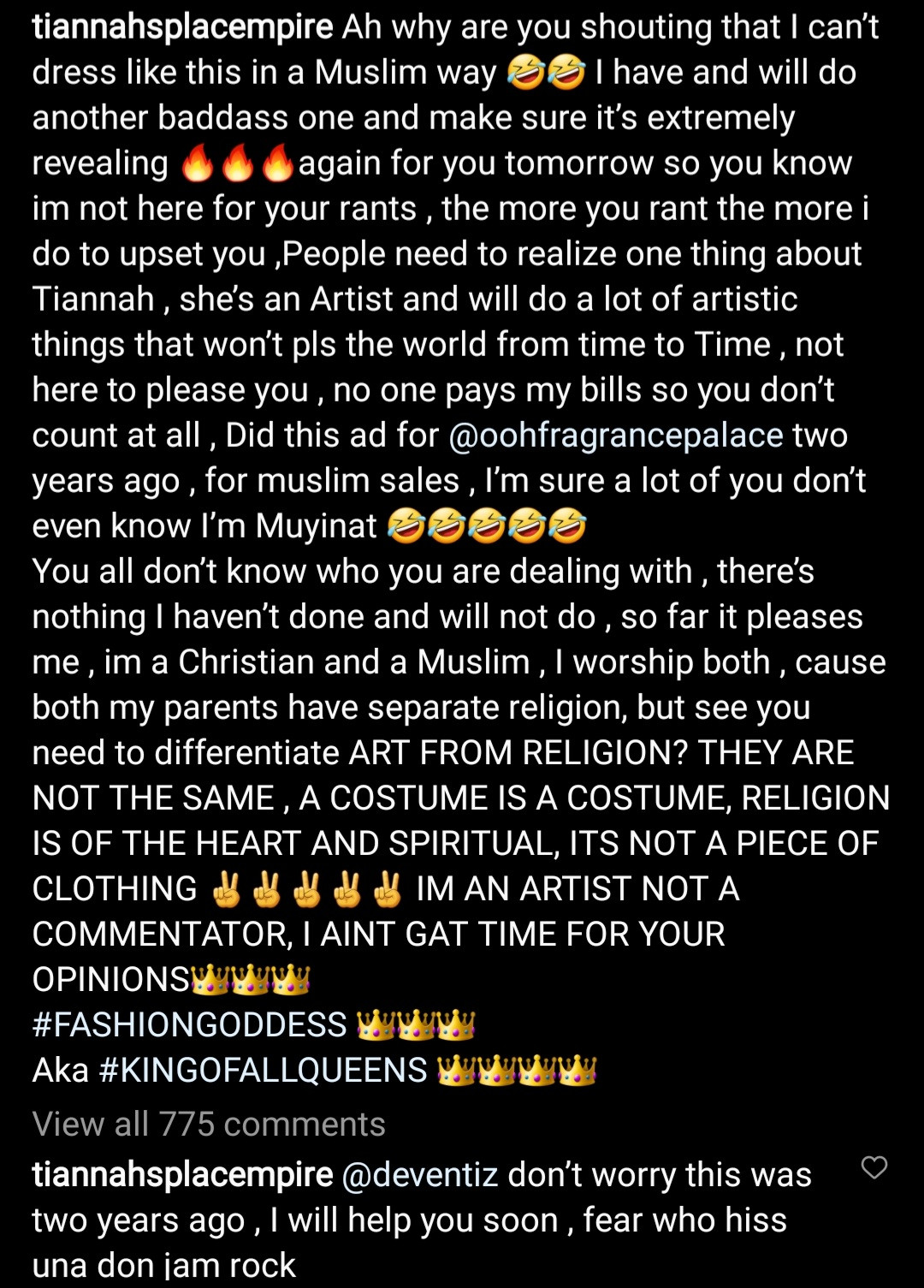