Popular Nigerian singer, Davido, was recently spotted teaching his only son, Ifeanyi, how to swim.

In videos making the rounds on social media, the Electricity crooner was seen inside the big pool in his mansion with Ifeanyi. 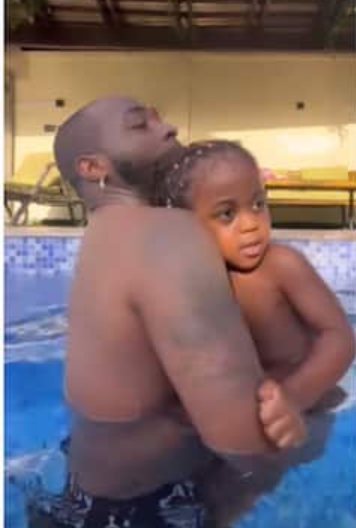 Davido carried the three-year-old boy and made him flap his legs in the water as he gave him instructions on what to do.

The music star carried Ifeanyi around in the pool as the energetic boy continued to flap his legs.

The singer was obviously impressed by his son’s performance as he was heard commenting on how he was a fast learner.

“This one go learn quick”.