“This is so Lovely” – Nigerian Man Proposes to His Wife After Having 5 Kids With Her, Video of Her Reaction Goes Viral (Watch)

The video of a Nigerian man proposing to his wife after many years of marriage has gone viral on TikTok.

Evangelist Prophet Elijah decided to give a ring to his wife despite the fact that they already have five children. 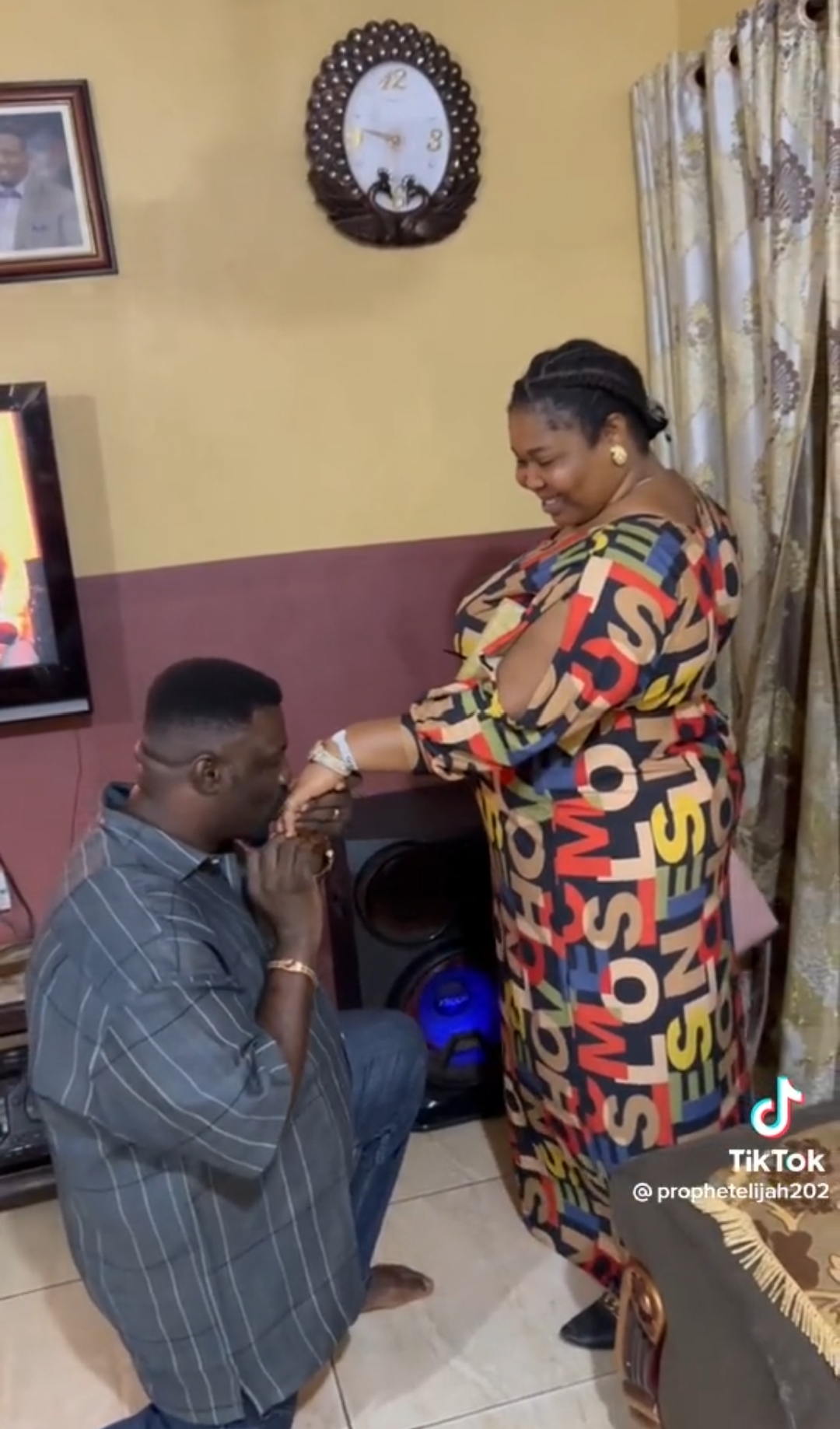 In the viral video, the man of God knelt down as his wife entered their room. It was a surprise for her as she never expected such a thing.

She first burst out smiling in a lovely way before she stretched her left hand for the ring.

It is not yet known why Prophet Elijah is proposing to his wife after many years. But a caption on the video reads: