“This Is Sabinus” – Naija Dad Spots Comedian From His Window in London, Calls His Family to Meet Him in Video

Much-loved skit maker Sabinus appears to be having a good time in London ahead of his comedy show set to hold over the weekend.

Just recently, a video of the humour merchant and some fans in the country surfaced on social media to the delight of many. 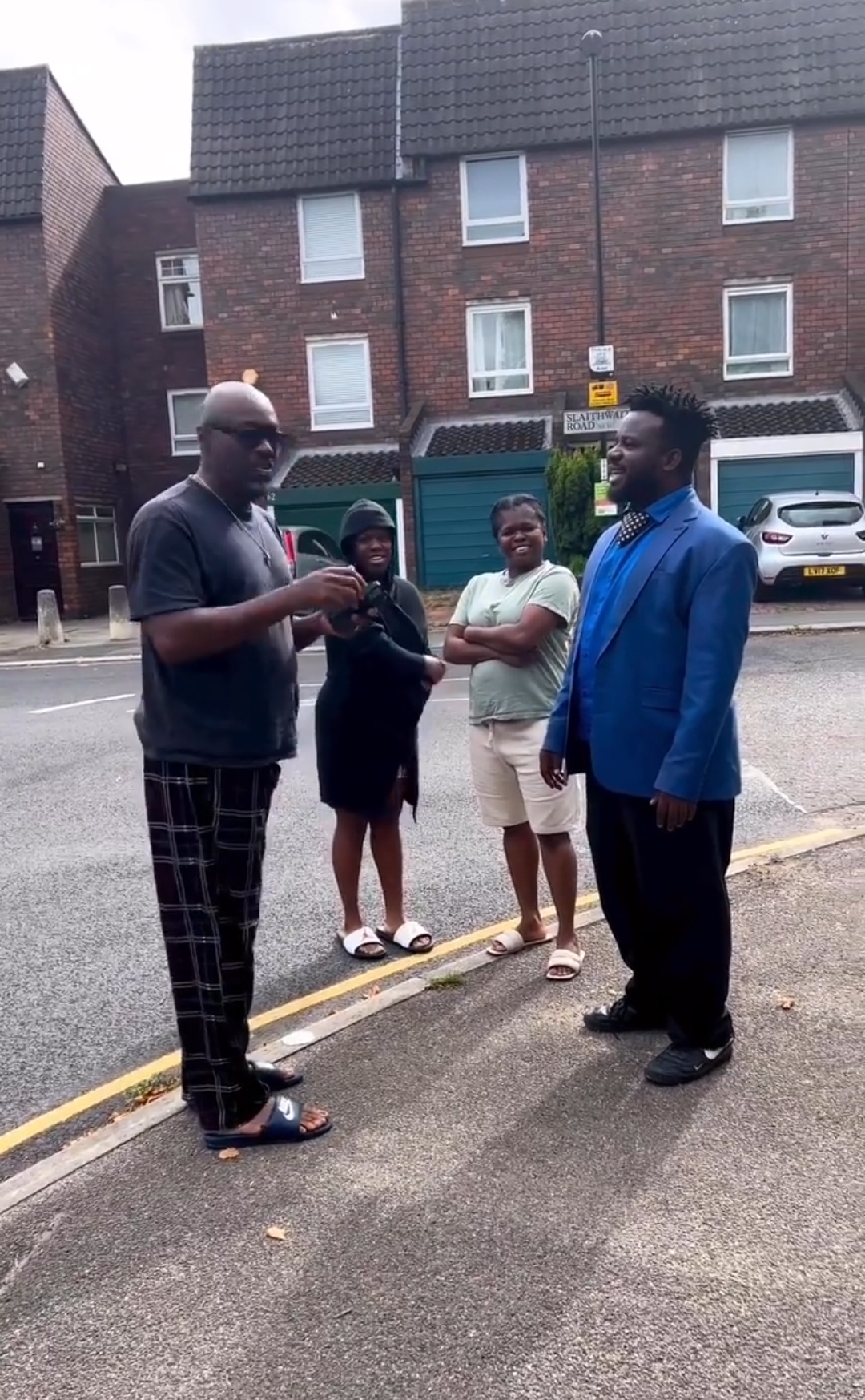 Apparently, an African dad who lived on the street Sabinus was filming a video spotted the skit maker from his window.

Without wasting time, he came out of the house and introduced himself as a fan of the Nigerian comedian.

In the video, the man was heard telling Sabinus how he had spotted him and went to check YouTube to be sure if it was really the comedian out on the streets.

Sabinus went on to exchange warm pleasantries with the man who proceeded to call his other family members.

Check out the video as sighted online below: