A video making the rounds online as a white lady, simply identified as Narally Najm has drawn tattoo of her cheating baby daddy on her face and arm.

Taking to her TikTok page, she shared a video which showed her getting the tattoo inked by an artist. 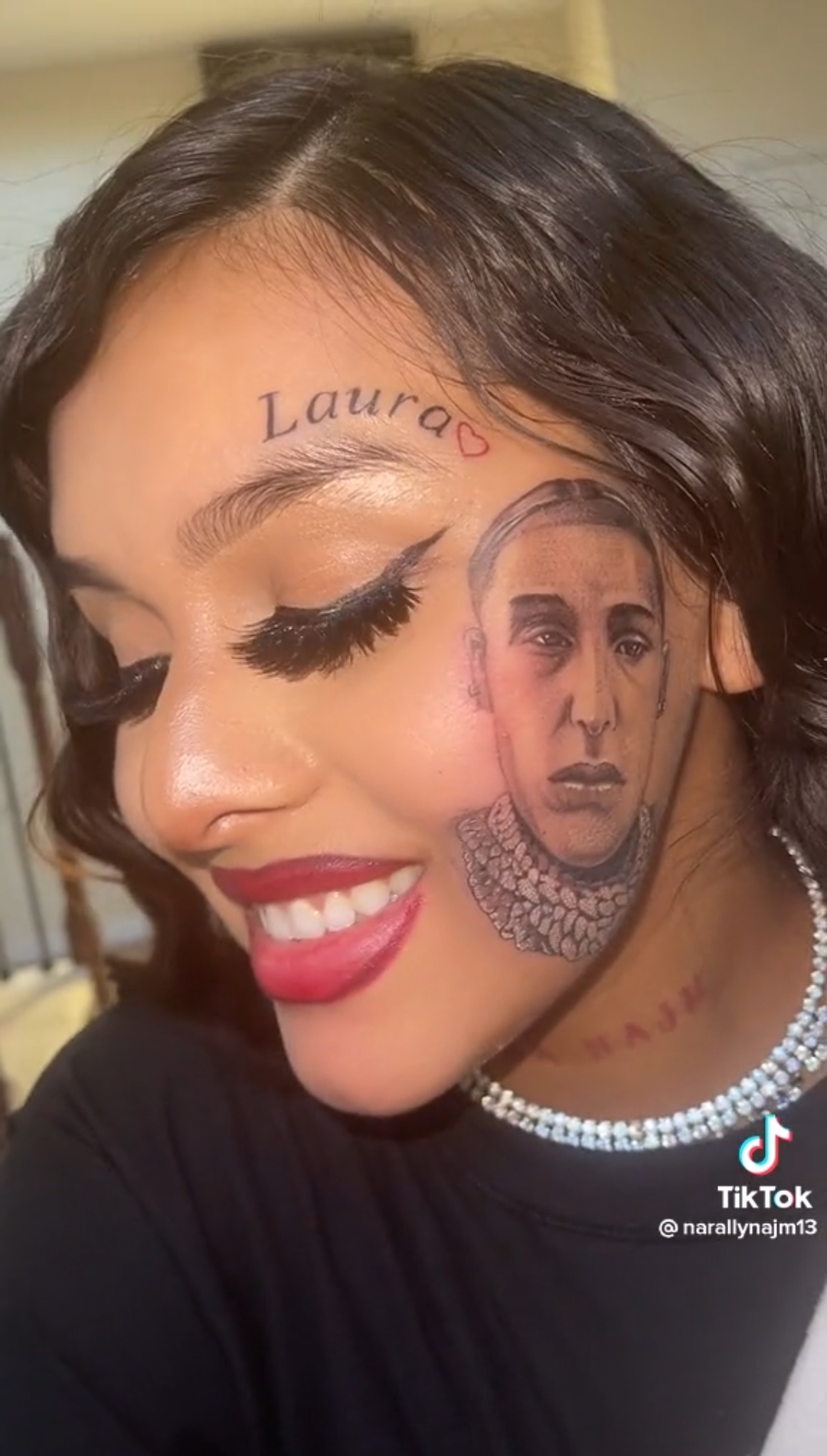 Nara made it known that people are jealous that is why they have been criticizing her for tattooing her cheeks despite her baby daddy being a serial cheat.

The young lady said that she does not care because she loves her baby’s daddy infinitely which is why she decided to get the tattoo.

When the artist was done drawing, she showed off the inks alongside some additional inscriptions around her forehead and neck area.

It was reported that the young lady took to her TikTok as she revealed that she will be leaving her baby daddy.

Social media users expressed their bitterness as they trooped to the platform. Watch the video below:

@gabby✨ said, “I’ll count every grain of sand in the world before i do this”.

@Masia ofc!! said, “My jaw dropped when I realized who this was dawg.”

@; said, “That’s the type of stuff you watch from a distanceeee”.