Former Big Brother Naija star, Tega Dominic has caused a buzz online after she was filmed dancing seductively with her co-star, Pere Egbi. 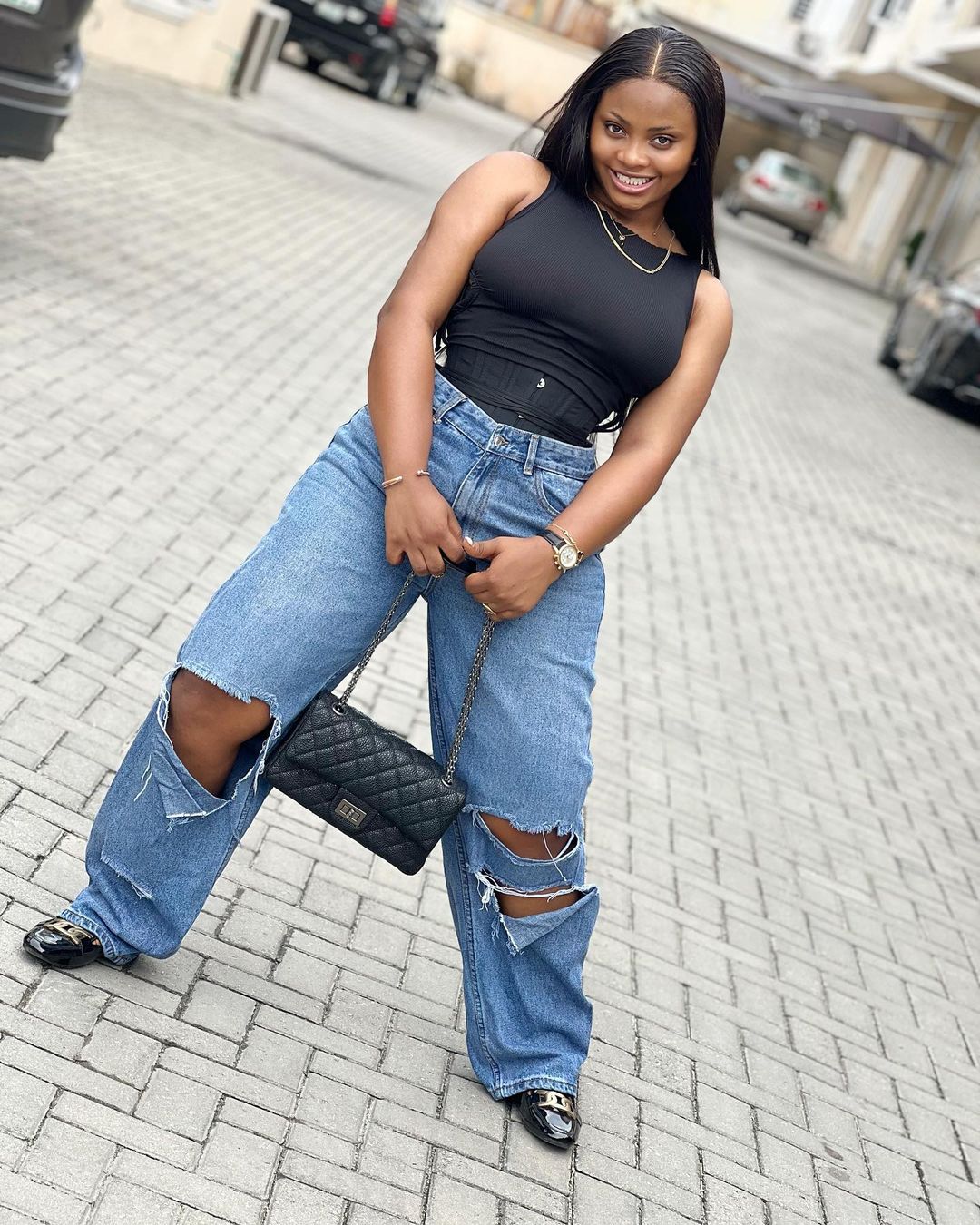 Tega, a mother of one, went to a nightclub with some of her friends, including Pere, to have fun recently when she decided to take the enjoyment to a higher level by dancing suggestively with Pere.

In the trending clip, Tega, who sat on Pere’s legs, is seen rocking him to stupor as she whined her waist sensually on his laps.