Singer Davido and his baby mama, Chioma Rowland, are still on good terms but the two continue to leave people wondering if they are back together.

The 30BG singer made it back to Nigeria over the weekend and he kicked things off with a massive concert in Lagos. 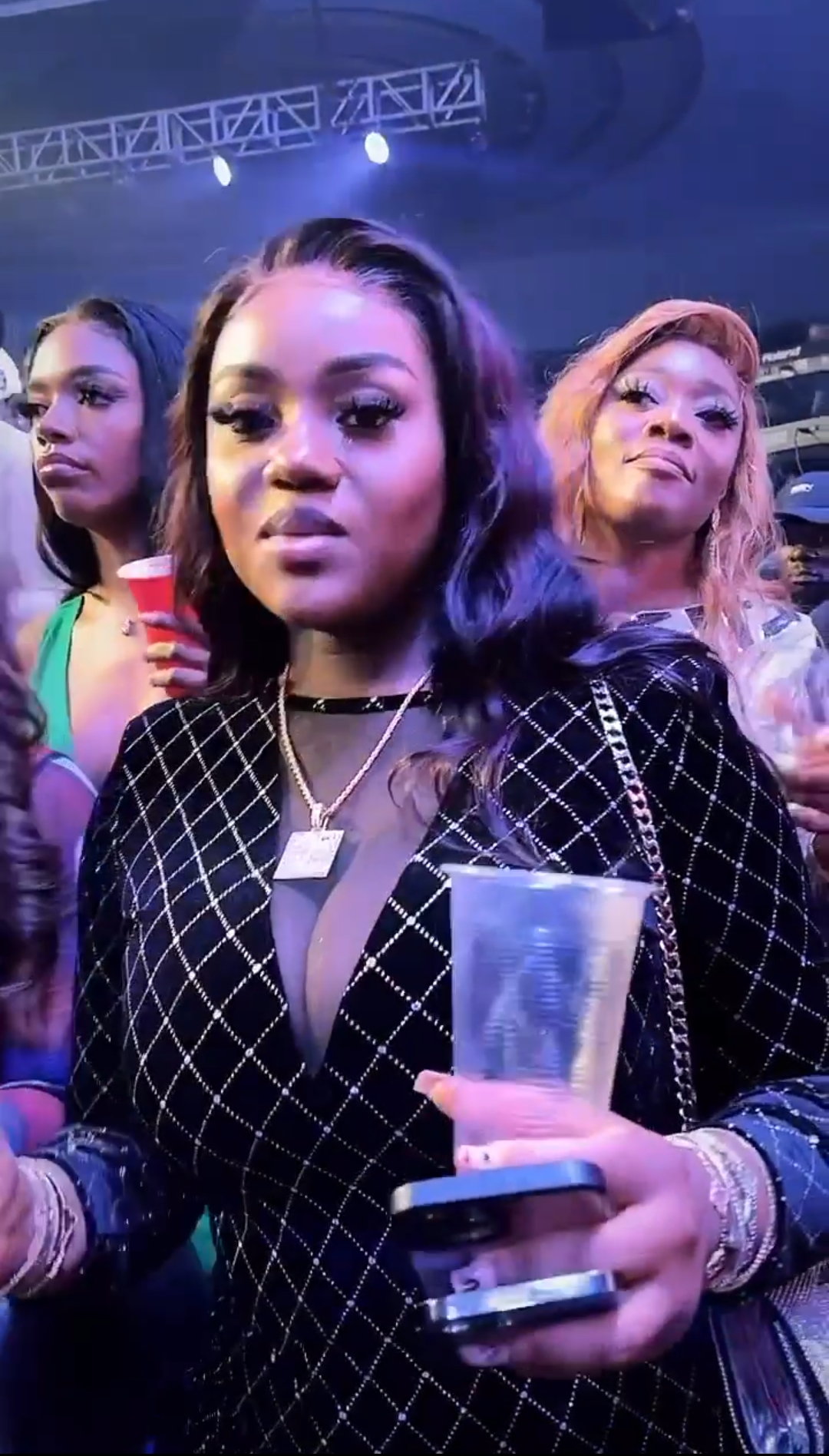 Surprisingly, Chioma was among those who showed up to watch him perform and she even took the front row at the concert.

One 30BG team member who was also present at the event filmed Chioma watching the singer perform but she wasn’t entirely pleased with being on camera.

Chioma was equally spotted rocking a customized 30BG pendant that Davido gifted each member of his camp.

Check out the video below: