Obi, who is running for president in 2023 under the Labour Party (LP), has been garnering momentum both on social media and at the grassroots. 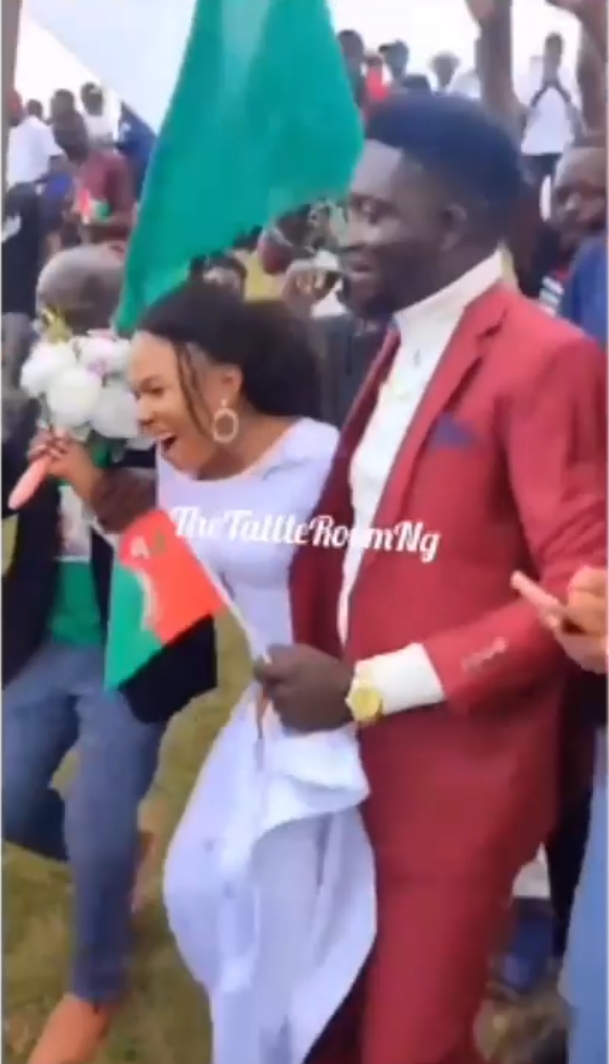 The former Anambra state governor’s supporters put together a one-million-person march in solidarity.

Under the aegis of the “Obedient Movement”, they marched on Saturday in their numbers across Abuja.

Spotted among the crowd were a newlywed man and his bride who, holding hands, took to the streets for the walk.

A video of them both has since gone viral on social media, with many Nigerians commending their enthusiasm.

Sharing on Facebook by Mr Peter Obi, he captioned it, “Salute and congratulations to this newly wedded couple in Abuja, whose special day coincided with the Obidient Family March in Abuja; and they marched too!

Wishing you both a blissful and happy married life and children, who will grow up in a united, secure and productive Nigeria.