A video of the budding musician, Oyinkansola Sarah Aderibigbe, popularly known as Ayra Starr and her younger sister has sparked mixed reactions from social media users. 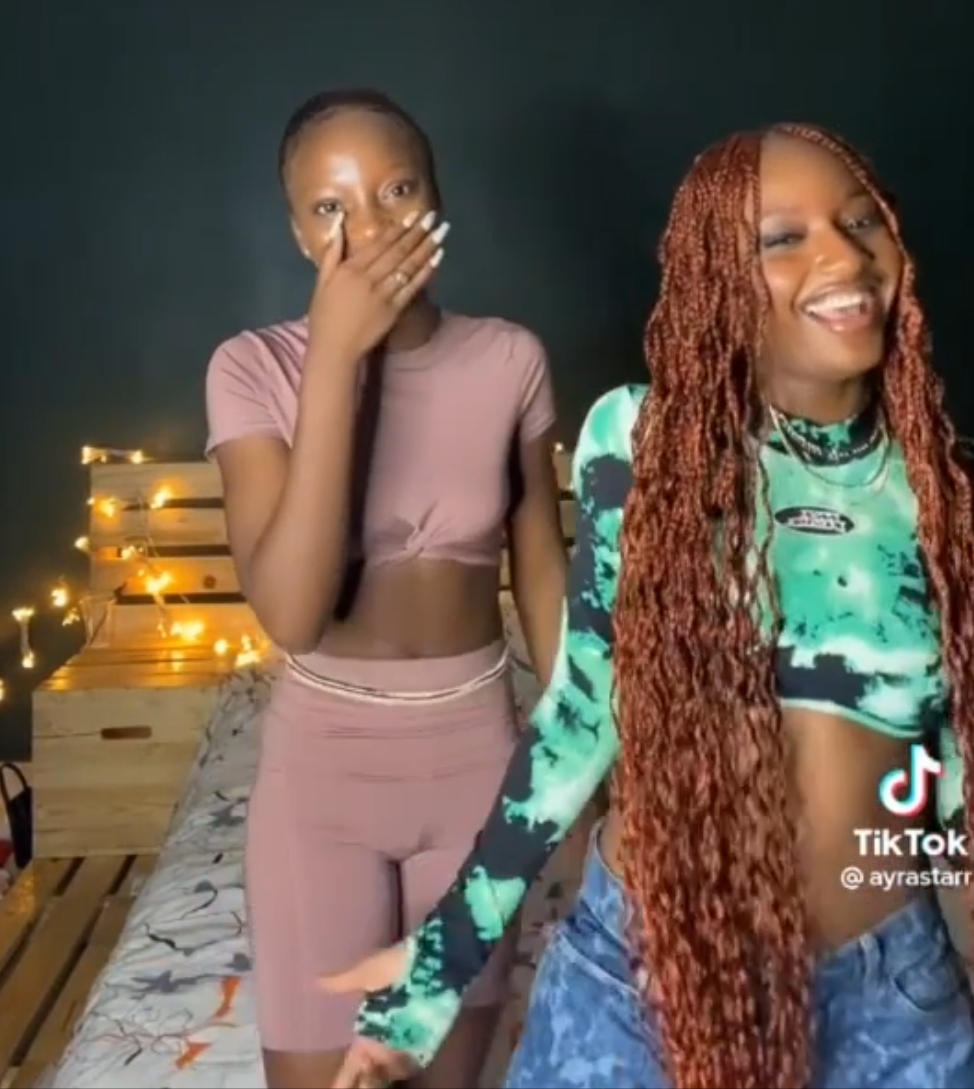 In the clip, the singer took on a TikTok challenge and then suddenly switched to dancing while her sister watched in amusement.

The duo donned outfits that exposed their tummies and this triggered a comment from a Facebook user identified as Alagboso Aroma Chiemeka who wrote: “Show belle dey una blood.”

Some fans also complimented the Mavin artist’s sister’s looks while others marvelled over their striking semblance.

Check out some reactions below: