Nigerian comedian, Emmanuel Chukwuemeka Ejekwu professionally known as Sabinus has managed to raise many eyebrows following the way he makes it rain heavily as he sprays wads of cash at his colleague Sir Balo’s wedding.

Recall it was reported that famous comedian Sir Balo, born Obotuke Timothy had his white wedding ceremony and reception with his beautiful wife yesterday, December 3rd, 2022 in Benin. 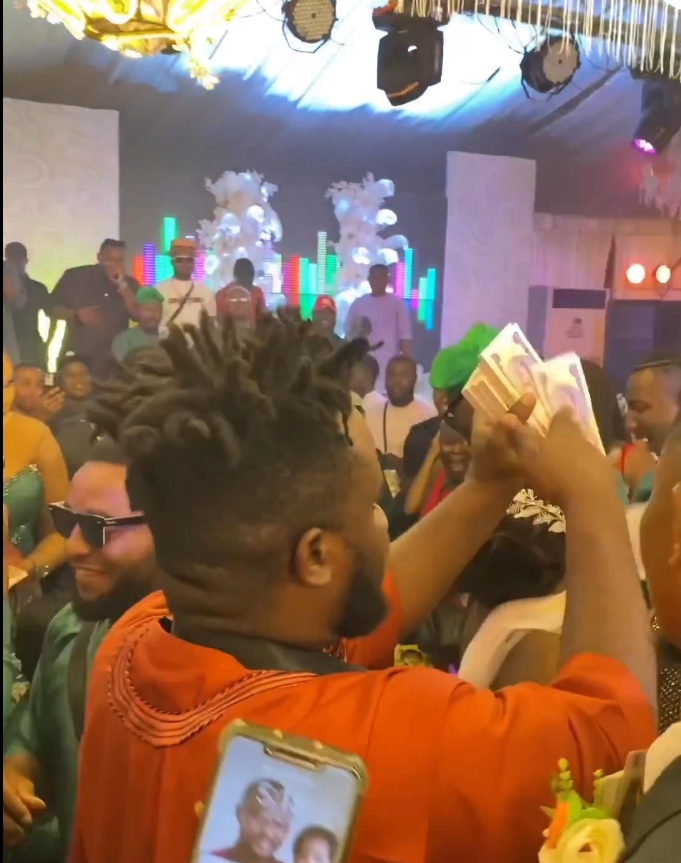 The wedding was absolutely nothing but a star-studded one filled with cool atmosphere as it was graced by his colleagues in the skit-making industry that include, Cute Abiola, Craze Clown, Sabinus, brain Jotter, James Brown among others.

This comes after Sir Balo had earlier tied the knot traditionally in Benin city, Edo state on Friday, December 2nd, 2022.

However one of the highlights from Sir Balo’s wedding was when popular Nigerian crossdresser James Brown, the self-acclaimed African princess scatters the dance floor as he showed off his energetic dance skills and that was just the beginning.

Another video of comedian Sabinus making it rain on Sir Balo and his wife on the wedding has got many talking as this comes few days after Sabinus splashes millions of naira on his newly acquired mansion in Lagos.

In the video, Sabinus shows off how rich he is by bringing how the lavish spending in him and spends wads of cash uncontrollably from the Groom to the bride, then to some other people who graced the wedding.

Sabinus and his colleagues revealed that skit making is the new oil and gas as they began to throw wads of cash at one another at the Sir Balso’s wedding.

Sabinus while sharing the video via his verified Instagram page accompanied it with the caption, “Investors Vibe Was Active at Sirbalo Wedding Party , Happy Married Life My Man 👨 @sirbalocomedy_.”