A Nigerian evangelist of the Lord’s Chosen Ministry, has been captured on tape ‘delivering’ masquerades that accosted her team in public.

She engaged in spiiritual warfare with the traditional representatives of the gods and they put on an interesting display. 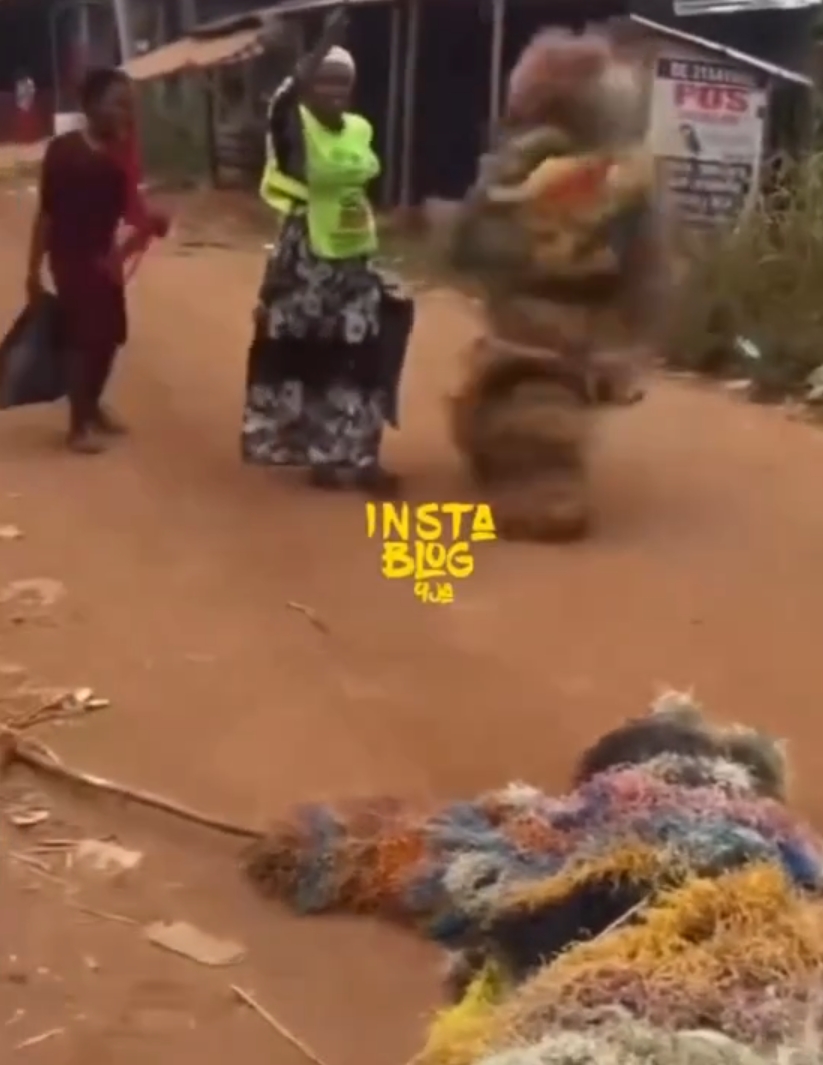 A video making the rounds online shows two masquerades harassing a young lady who was with the preacher and when she saw that they did not want to let her go, she began to pray fervently.

The woman put on an intense prayer session on the street and as she was doing that, the masquerades decided to play along.

The two of them paced back and forth as she was calling on the Almighty to save them and deliver the traditional worshippers.

It got to a point that the masquerades started acting like the prayer was weakening them, and they fell to the floor to give the impression that evil is being cast out of them.

Swipe to Watch the video below: