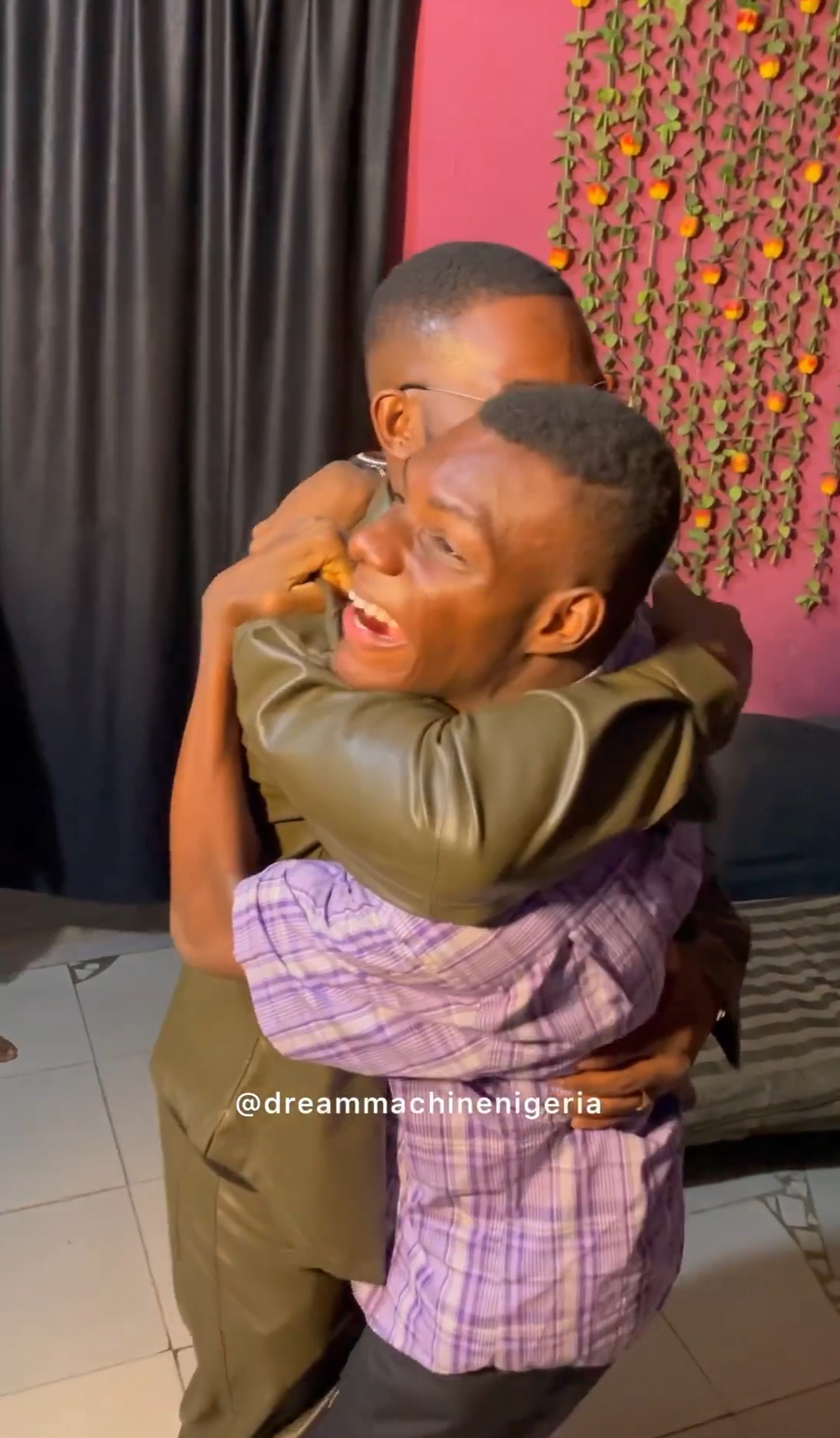 The stars paid a surprise visit to the fan identified as Adebolu Adejobi who is a cerebral palsy warrior.

In a video making the rounds online, Adejobi spoke in his past interview about how delighted he would be to meet his favourite celebrities namely Mr Macaroni and Falz.

Falz and Mr Macaroni made his dream a reality. They were received by the man’s parents at their house.

Adejobi who was so shocked sighting his favorite entertainers, screamed for joy as he entered the living room.

He hugged Falz and Mr Macaroni and received a bag containing gifts by the rapper. They said that the visit was inspired by a video they watched online wherein he had expressed his desire to meet them someday.

After taking pictures in the living room, Mr Macaroni gave Adejobi’s guardian a bundle of cash for him as he got set to drive off the scene. The lad was overjoyed.

Watch the heart-warming video below: