A photo of the fast-rising crooner, Michael Adebayo Olayinka, also known as Ruger without his eyepatch has gotten cybercitizens talking.

The ‘Bounce’ crooner who is known for his signature one-eyed look over time has left a lot of social media users wondering if he actually has a problem with his eye or mere fashion. 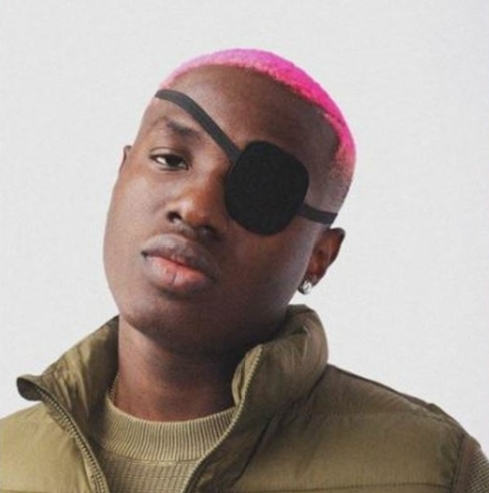 Although the crooner during an interview once revealed his reason for his signature eyepatch which he related to music, however netizens longed to see for themselves.

In a recent development, a photo that found its way to the internet shows Ruger and Rema at what seemed like a local bar as the latter tried pouring some drink into the former’s cup. Ruger didn’t wear his eyepatch and netizens had a view of his bare face for the first time.

Sharing the photo, a Twitter user identified as Abdulltwits wrote: 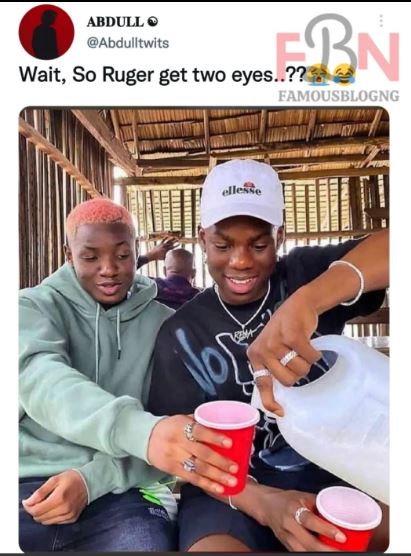