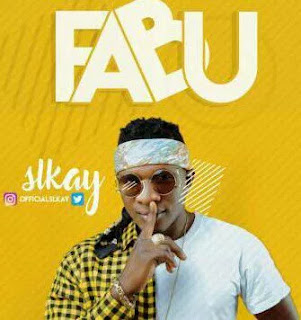 Fast Rising Afrocentric Hip-Hop Artist “Slkay”, Real Names “Lawal Bolaji” Who is a graduate of Computer Science from the Ajayi Crowther University; he started his musical career professionally in 2007 and later signed under a record label in 2011. He left the label in 2014 for a sojourn in South Africa, where he signed on to another label before he came back to Nigeria in 2017, to resume fully his career as a signed-on artiste under Sound So Simple Entertainment.
He calls his genre of music Afrocentric hip-hop. Slkay has managed the same stage with the likes of Danny Young, Clever Jay, Terry G, Konga, Sean Tero, just to mention a few.
His musical career has taken him to a few countries where h never expected to be, like South Africa, Swaziland and Ghana, which also served as an opportunity for him to meet different kinds of music promoters, artists’ managers and fellow musicians.
SlKay stages a big come back wit A New Single Which he Titles “FABU” Download Below and Dont Forget to Share
He Dishes Out a Crispy Video For This Lovely Tune. The Video Was Directed By Akin Alabi
CONNECT WITH SLKAY ON SOCIAL MEDIA:
Instagram: @OfficialSlkay
Twitter: @OfficialSlkay
DOWNLOAD AUDIO NOW
DOWNLOAD VIDEO NOW
WATCH ON YOUTUBE
Please Share This