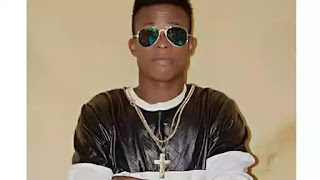 Delta State fast rising Singer, Rapper, Songwriter SIRME SACO seems not to be Happy with the recent actions which the National Broadcasting Company took to mute Olamide, Davido and 9ice’s Hit singles from Nigerian Media houses.
The Federal Ministry of Health had in a tweet on Friday said that the video to Olamide’s “Wo” violated the Tobacco Control Act 2015. Then it followed up with NBC Ban this morning, The banned songs are Olamide‘s “Wo” and “Wavy Level“; Davido‘s “Fall” and “If (Remix)“; and 9ice’s “Living Things.” which haves been enjoying Airplay since November 16th, 2016. 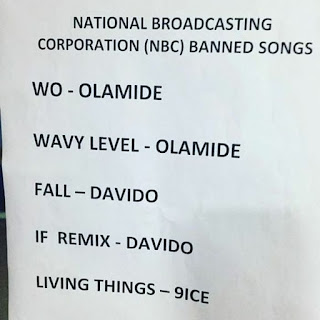 The Beremole crooner took to his facebook account this morning Addressing the BAN and Ministry of Health call out as a way of helping the songs.
Screen shots Below: 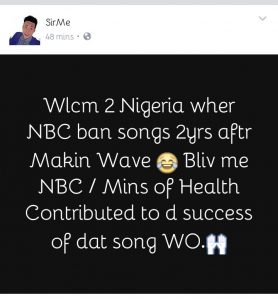