Controversial Nigerian singer, Habeeb Okikiola also known as Portable has reportedly impregnated a lady who is said to be his girlfriend.

Gistlovers reports that drama occurred when the father of three introduced his pregnant girlfriend to his wife, Bewaji. 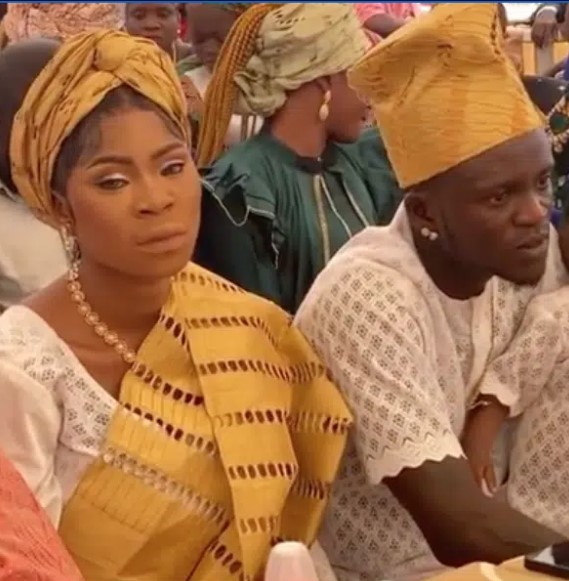 It was reported that she became furious when Portable informed her that another woman was pregnant for him, but his wife was begged and they settled the matter.

The heavily pregnant girlfriend has already been invited to his house to start staying with them and the women have started bonding.

A video making the rounds online shows the wife and baby mama dancing with a third lady while making content for TikTok.

Gistlovers wrote; ”Portable don give another woman Belle come bring am come meet omo bewaji mi(portable wife) as it is now Omo ololaomi get two baby mama, one wife and one pregnant girlfriend shey Wahala no come too much like this.

The housewife first vex but them don help them settle am and portable don carry the pregnant girl come him korope parlor, girlfriend sef don Dey do tiktok for parlor, wife sef no get choice than to join the tiktok , no time, who go settle this matter bayi ? I come in peace.”