Portable, who previously expressed support for APC candidate Oyetola and chastised Davido for unfollowing him on Instagram, presumably due to a conflict of interest, took to his Instagram page shortly after Adeleke was declared the winner to congratulate him with a victory song he composed for him. 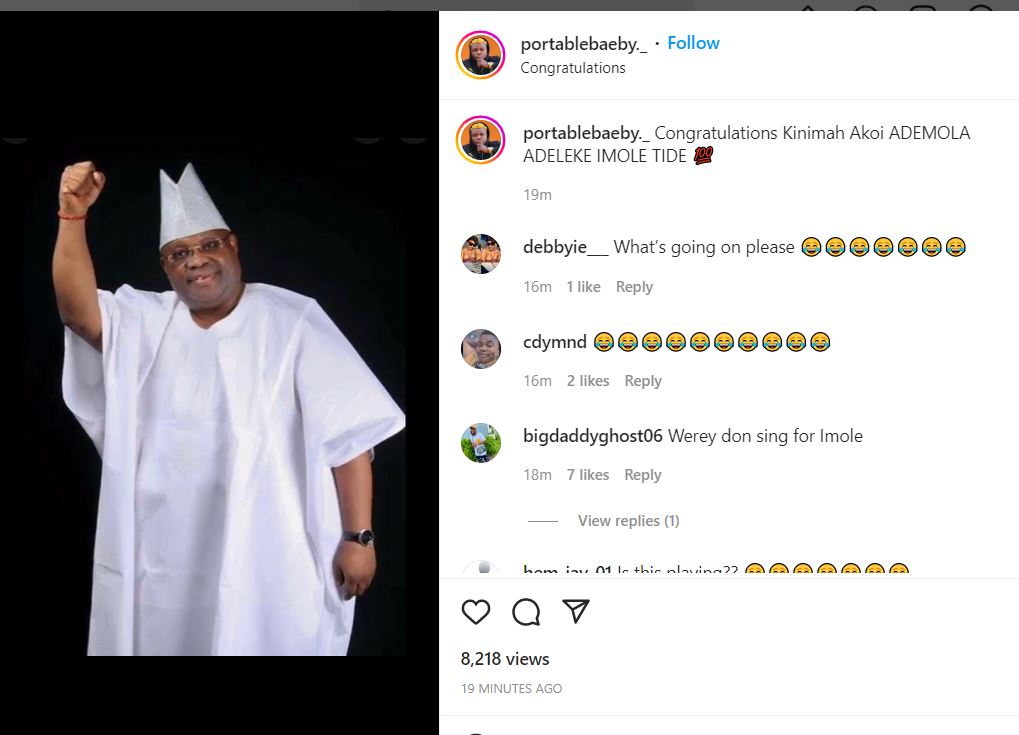 However, Portable’s congratulatory post has got Nigerians talking online.

In the early hours of today, July 17, the Independent National Electoral Commission (INEC) declared Ademola Adeleke as the winner of the gubernatorial election.

Adeleke beat his closest rival, Governor Gboyega Oyetola, the candidate of the All Progressives Congress (APC), to emerge as winner.

“I hereby declare that Ademola Adeleke “having satisfied the requirement of the law is hereby declared the winner and he is returned elected,” INEC Chief Returning Officer for Osun, Ogundipe said.