In this Celebrity lifestyle video today, we’re discussing about these two super and multi-talented beings, Rema and Tems. Both look loved up in this video as they talk to each other face to face.

Rema is a successful Prince of Afrobeats who have recorded multiple songs, won multiple awards and has toured almost the whole countries in the world. The “Calm Down” crooner has won the hearts of his fans with steady hits, dropping them back to back. 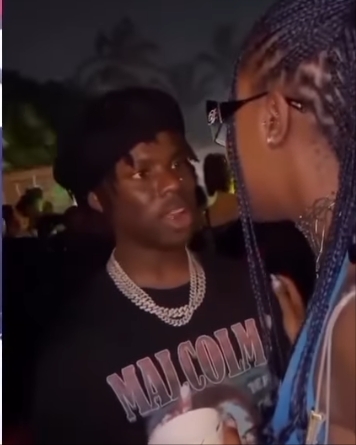 Tems on her own part is Afrobeats superstar who is winning hearts with her type of music and style, leaving most of the guys crushing on her; Afrobeats King, Wizkid is not even left out. She has won the Grammy awards with the collaborative song she had with Wizkid featuring Justin Bieber “Essence”, ever since then, she has been going global. She is known as Queen of Afrobeats; she’s one among other persons who didn’t have to stress before coming out to limelight.

After watching this video, Netizens conclude that Rema was shy and blushing as he talks with Tems. Watching closely, one will notice this as Rema couldn’t make steady eye contact with Tems.

In a Celebrity lifestyle video, Rema is said not to be afraid of girls as he has rolled with them in so many occasions but it’s surprising he is shy talking with Tems.

Watch the Celebrity lifestyle video below and confirm things for yourself: