A mother has shared a hilarious video of her little daughter trying so hard to ‘gossip’ with her at a salon.

In the video shared on TikTok by @nushy_hills, the little girl used gestures and signs to communicate with her mother. 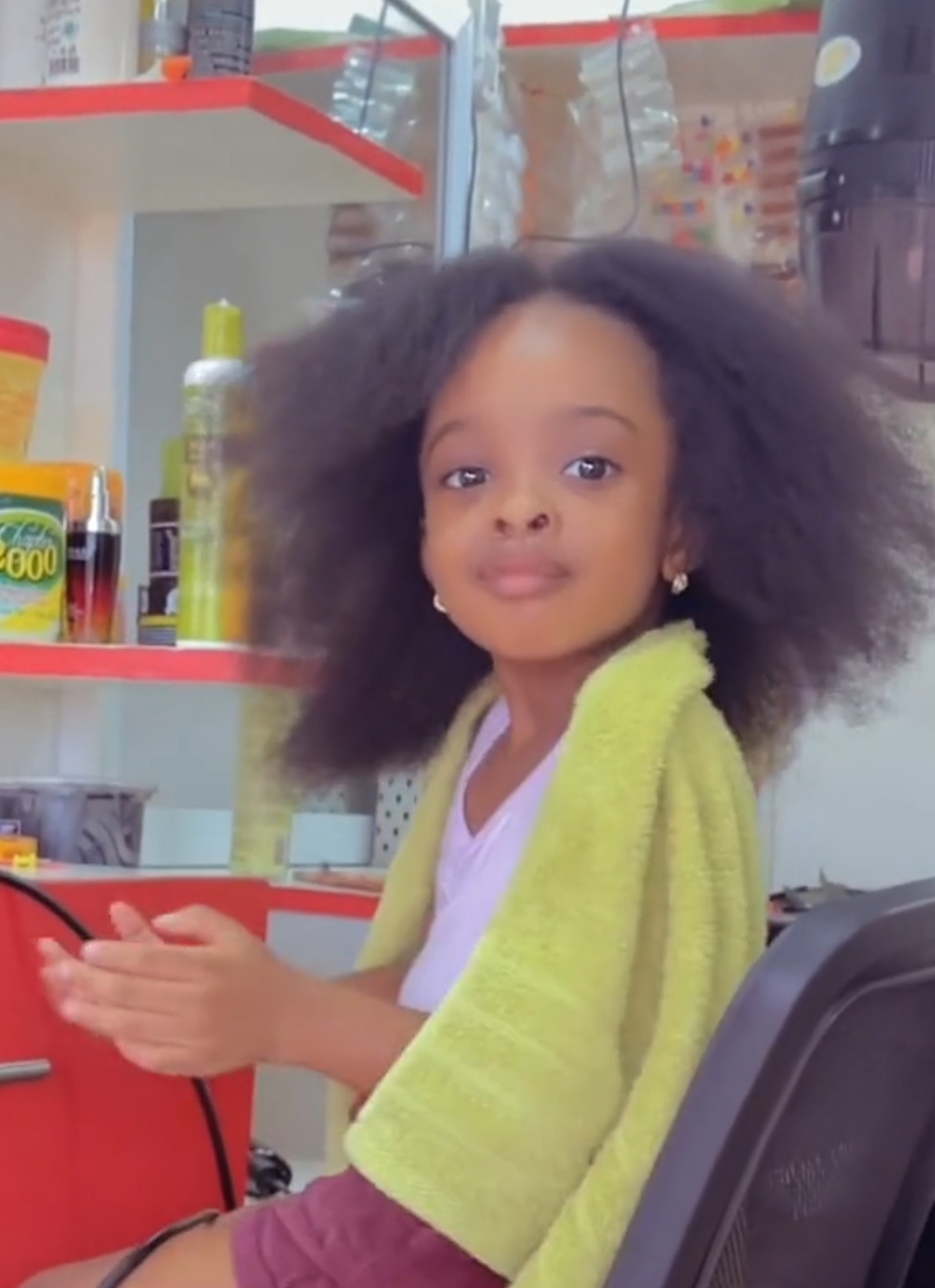 A little girl has caused a frenzy on social media after communicating with her mother using gestures at a salon.

In a hilarious video, the little girl tried to gossip about a lady sitting beside her, but the lady kept on staring at her.

Out of desperation, she decided to talk to her mother using signs. At one point, she used her lips to point in the lady’s direction while still staring at her mum.

Netizens who watched the funny video on TikTok nicknamed the funny girl and expert in gossip.