Ace Nollywood actress, Destiny Etiko finally speaks on the dispute between her and her adopted daughter, Chinenye Eucharia.

The movie star opened up a bit on this during a Facebook live video where she disclosed that she really loved Chinenye but got hurt by her several times. 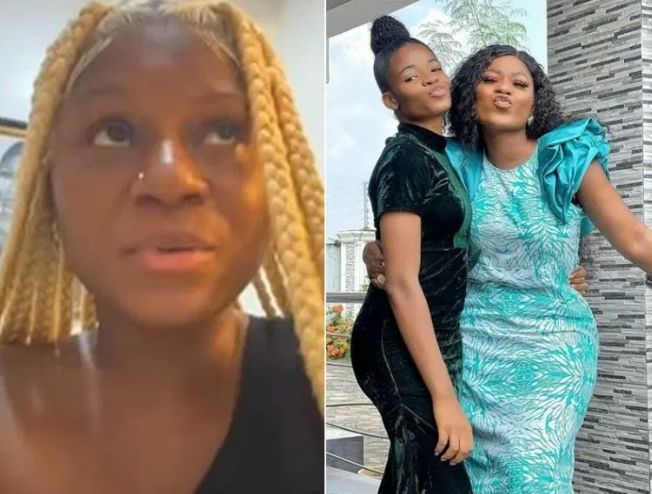 Destiny Etiko however refused to state what actually happened while noting that she doesn’t want to give the public a topic for discussion.

She added that maybe she’s destined to help people that wouldn’t appreciate her later on.