“She Begged for my fees” – Lady Rewards grandmother, flies her to witness her graduation (Watch)

An 80-year-old woman who walked 16km alongside her grandchild in search of school fees enjoyed a flight for the first time in her life courtesy of the young woman.

Shana Otieno recently graduated from the United States International University (USIU) with a degree in Journalism and Public Relations; she moved heaven and earth to make sure her grandmother Bertha Amolo was there to witness the auspicious occasion. 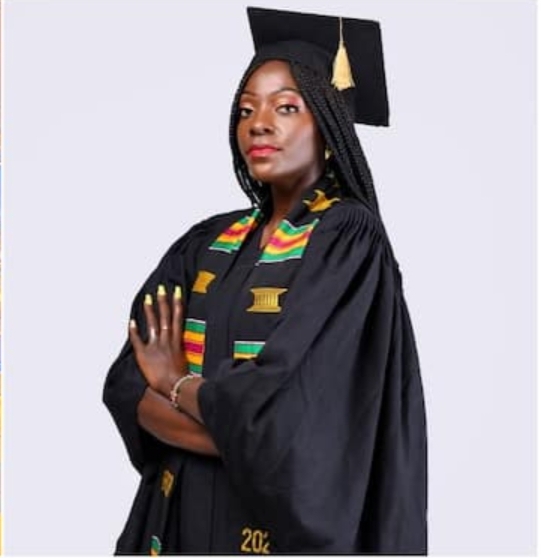 “She was so excited when I went to pick her up; she kept calm through the small turbulence we encountered up there,” revealed Shana.

“Her only surprise was the ‘shenanigans’ of checking in. The scanning of bags and removing my shoes twice! She hysterically said in dholuo all these just look like a children‘s game,” she added.

“It was tough. My mum was her only daughter, and she was really a backup to her when my dad passed away,” said Shana.

The scribe’s mum also became ill and the indefatigable granny took a bus and came to the city to help nurse her back to health. 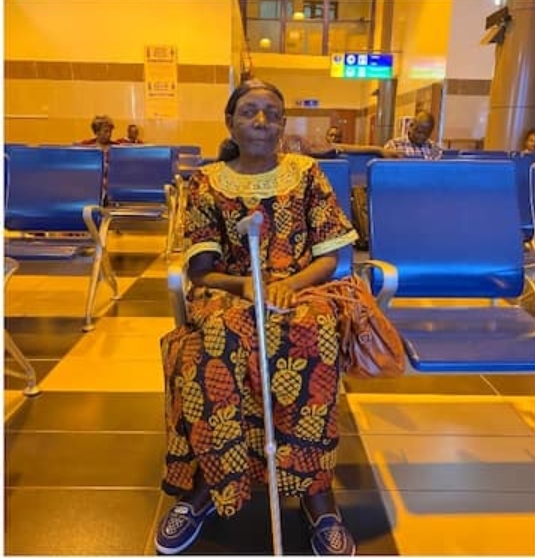 After clearing her primary education, Shana stayed at home for two years, and when her grand mum got wind of it, she sent it for her.

Shana arrived in the village and found that her dear granny had hatched a plan to get fees for her. Bertha wanted her wealthy brother to help see Shana through high school but like many well-laid plans, it did not work as expected.

“He said I had been home for two years and would fall pregnant. He told me to go and register for a tailoring course, ” said the new graduand.

Shana knew that was not for her and went back home knowing that she wanted more for her life and would do anything to get it.

Years later, Shana left for Lebanon where she was employed as a domestic manager to raise fees. She worked under very difficult circumstances and finally came back home.

On arrival, Shana’s family suffered another setback when their house burnt down. After the incident, the family moved to Eastleigh and finally ended up at Kariobangi South.

Shortly afterward, Shana started volunteering at a hostel and that is how she met her destiny helper who saw her through a diploma course at Daystar university.

She later left for USIU for the undergraduate course.

Shana admits that her story has had various heroines and heroes but her grandmother stood out for her because of her great love for family.

She revealed that the octogenarian would sell chicken, save up fare and come be with them (including when their house burnt down).

“Her knees hurt, her back is on fire but this woman, never fails to show up. At the airport, I was asked to get a wheelchair for her but she refused saying she can still walk,” said the journalist.

When the old woman got a stroke that affected her ability to speak, the younger woman prayed that she should get well to take the flight in remembrance of the 16km they walked to beg for fees.

Shana also built a new house for her grandmother as her old one was basically crumbling around her.

“We were scared it would fall on her,” said Shana who is relieved that the old woman got back home on her own after the flight.

“This morning I put her on another flight back home by herself (was worried sick that she will get lost) but guess what? I have just received a call from the driver that she has arrived well in Kisumu and is on her way to her home! Hasn’t grandma done well? Brilliant!,” raved Shana.

Shana says she has learnt a lot from her granny.

“I love this woman, I bless the Lord for the opportunity to share in the life of a strong believer of hard work, discipline, and humility. My prayer warrior may you live longer,” she said.