Controversial Nigerian actor, Yul Edochie, got netizens talking after he shared a video of himself dancing online.

Taking to his official Instagram page, the movie star posted a clip of himself in what appeared to be his living room as he danced to a popular Kizz Daniel’s song, Cough. 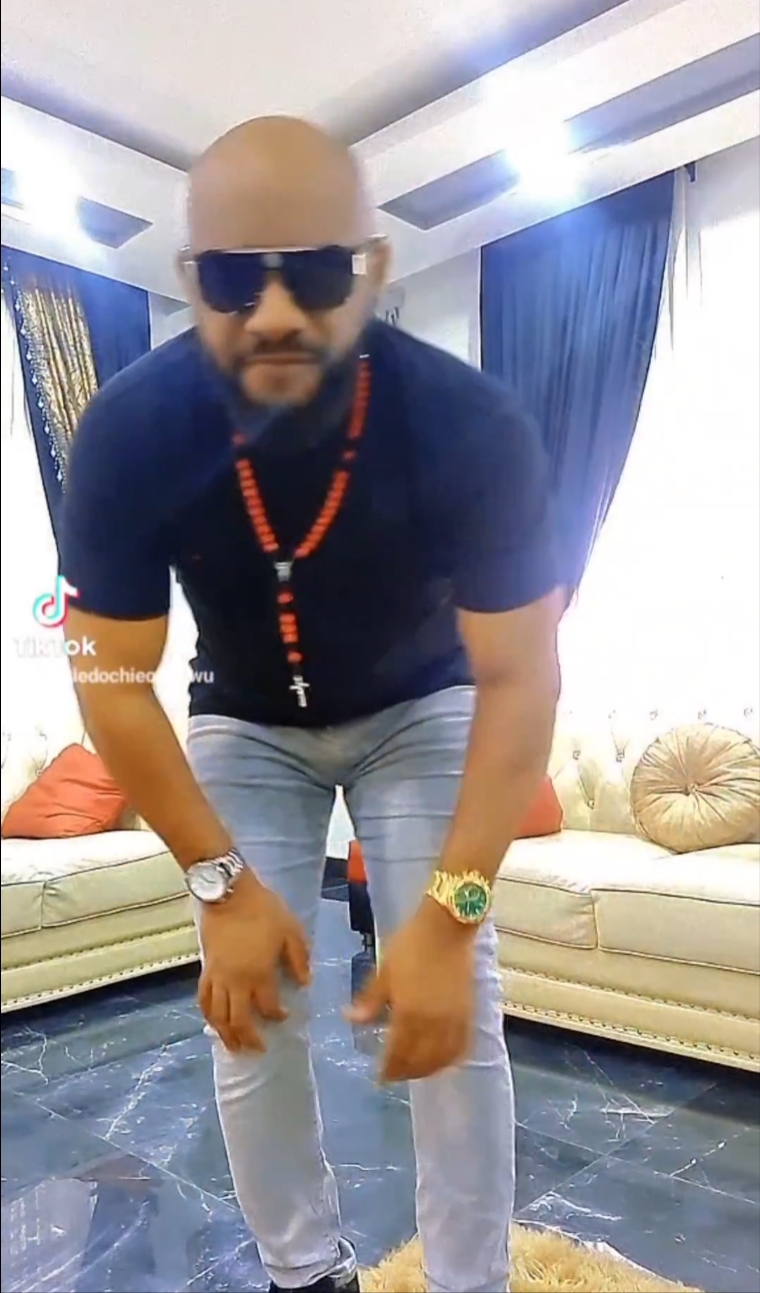 In the clip, the movie star was seen rocking a black top, a pair of tight grey jeans as well as two wristwatches and a red rosary around his neck.

Yul then proceeded to start whining his waist to the Kizz Daniel song and he appeared to be enjoying himself.

Taking to the caption of the post, the actor noted that life is not that serious and that people only worry themselves too much.

“Life is really not that serious. Na we just dey worry too much.”

See the dancing video below: