Popular comic actor and filmmaker, Longinus Anokwute aka Chief Imo has just returned from the UK and is spending quality time with his beautiful wife and children. 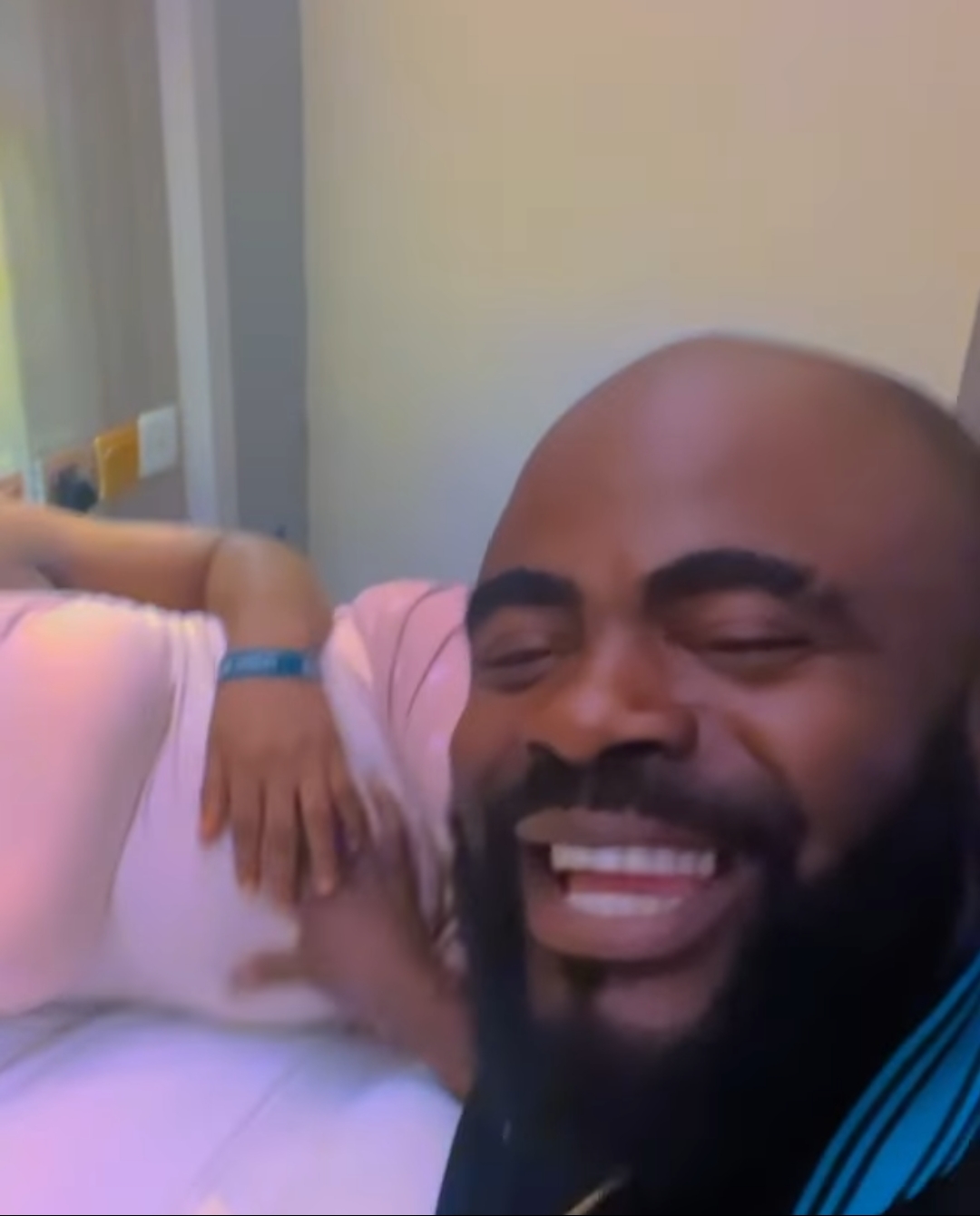 In videos he shared online some hours ago, his wife welcomed him back home while she played with his beard. Then, Chief Imo relaxes on her lap and said he’s finer than his wife. He later pointed his camera at her saying, “See my money” as he gushes over her.

Furthermore, Chief Imo announced that his wife his pregnant as he rubs her belly, then his son said, It’s true. “See my pregnant wife o. You keep looking beautiful. I’m trying”. He added.

His caption reads, “My wife said I’m not trying”. This video was so lovely to watch as they served couple goals.

These beautiful moments sparked reactions online as fans and celebrities gushed over them. Also, they sent lovely remarks as they admired his wife.