The beautiful couple decided to take a walk on the streets of London, and they had a swell time as people recognised them so well. 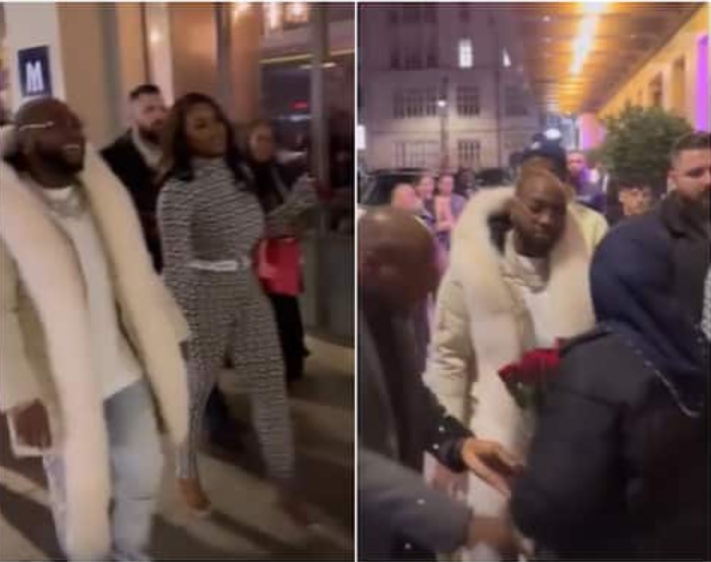 In the video that emerged online, Davido and Chioma held hands as they walked majestically on London streets with their entourage.

A female fan approached them and tried to give them flowers but was promptly cautioned by the singer’s entourage.

That moment alone sparked reactions from members of the online community.