A masquerade became the centre of attraction in Ikere-Ekiti, Ekiti State when he decided to put on a dangerous yet entertaining display.

The traditional deity climbed on a power-holding company of Nigeria installed high tension electrical cable and was dancing on it without the fear of being electrocuted. 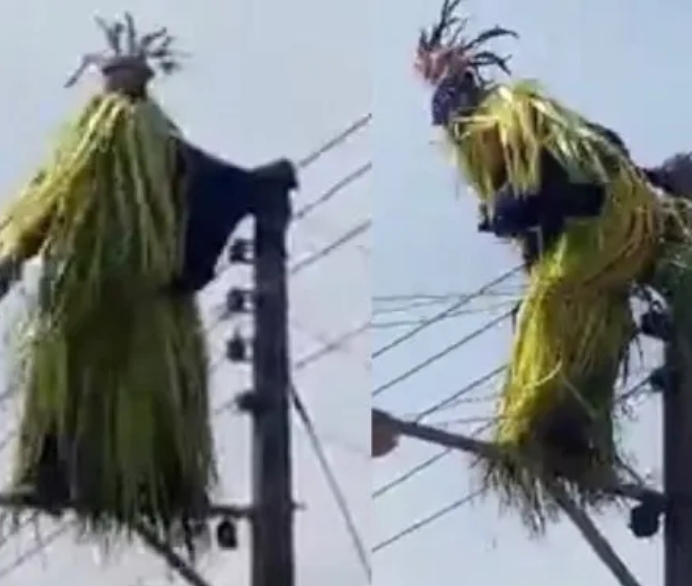 Residents trooped out of their residence in large numbers to watch in amazement as the masquerade played on the pole.

The scene stirred reactions online as some netizens saw it as a form of amusement while many opined that it was a pointer to the likelihood that the area suffers from epileptic power supply.

paschalpepper; Na base on say their area no dey get light sha. 😂

_nomistake; Don’t joke with our ancestors,if you no believe,just go to sango otta and shout say there’s nothing like juju and see watin go happen 😂😂😂😂

domingo_loso; The ancestors will receive the shock of their lives literally.

gbolahan701; This to proof there’s no light in that area for the past 2years … gods mocking Nepa 😂

officialbobbyfredrick__; This country supposed get one chanel for DStv dedicated to watching Nigerians 😂😂😂😂