On Sunday, December 18, Singer Adekunle Gold received an overwhelming show of love from fans and supporters in Lagos who showed up for his ‘Catch me if you can’ concert over the weekend. 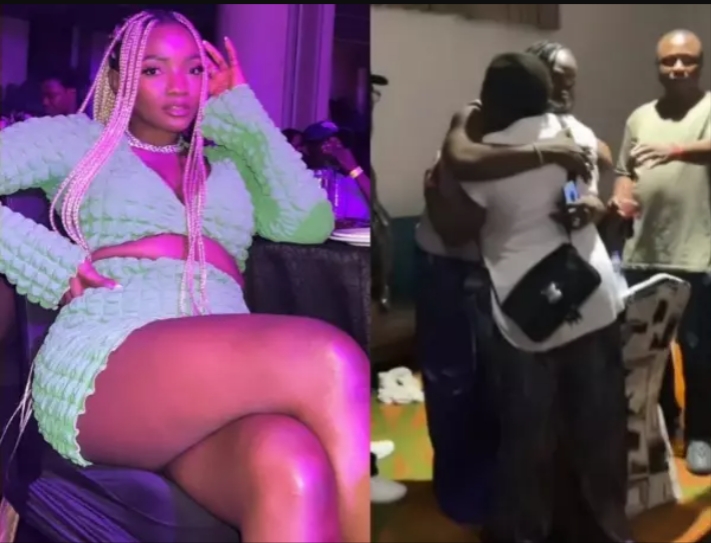 The audience sang along to his hit songs as the singer performed on stage, and his family members were not left out.

Adekunle Gold’s wife who is also a musician, Simi, was among those who attended the concert and she made sure to come along with their daughter, Adejare.

A female fan also took to the backstage to hug AG Baby after his performance.

Reacting, Simi who seemed a bit uncomfortable with the tight hug, stylishly kept the fan in check by saying in a loud voice; “Excuse me ma”.