Popular Nigerian Crossdresser James Chukwueze Obialor aka James Brown, has marveled many at the wedding of comedian and skit maker, Sir Balo, in Benin city, the Edo State capital.

The crossdresser who goes back and forth on his gender, went with a mixture to the wedding as he sported a suit but had on some high length boots.

James became the center of attention when he began to drop some never before seen moves on the dance floor to the merriment of the other guests. 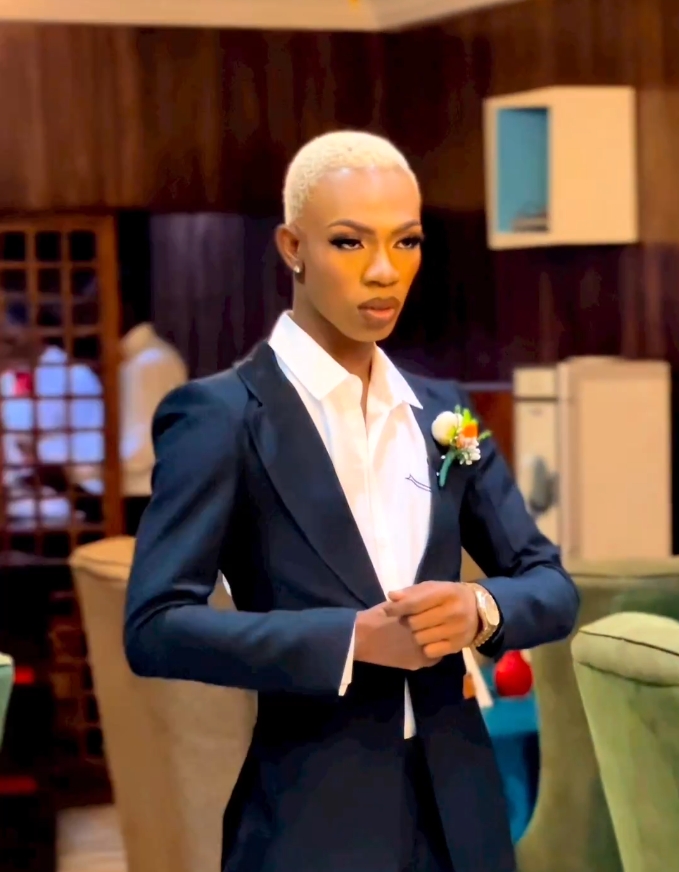 The influencer flipped and flopped expertly as many made way for him to display one of his many talents.

He later posted the video of his escapades on his Instagram page as he stated that he has ‘shut down Benin’.