Raving music star, Habeeb Okikiola, better known as Portable Omolalomi once again showed the stuff he’s made off as he went all out to entertain his audience during a stage performance.

The ‘Zazu Zeh’ hitmaker who is known for his bizarre stunts could be seen giving out some energetic dance moves while standing on a raised platform. 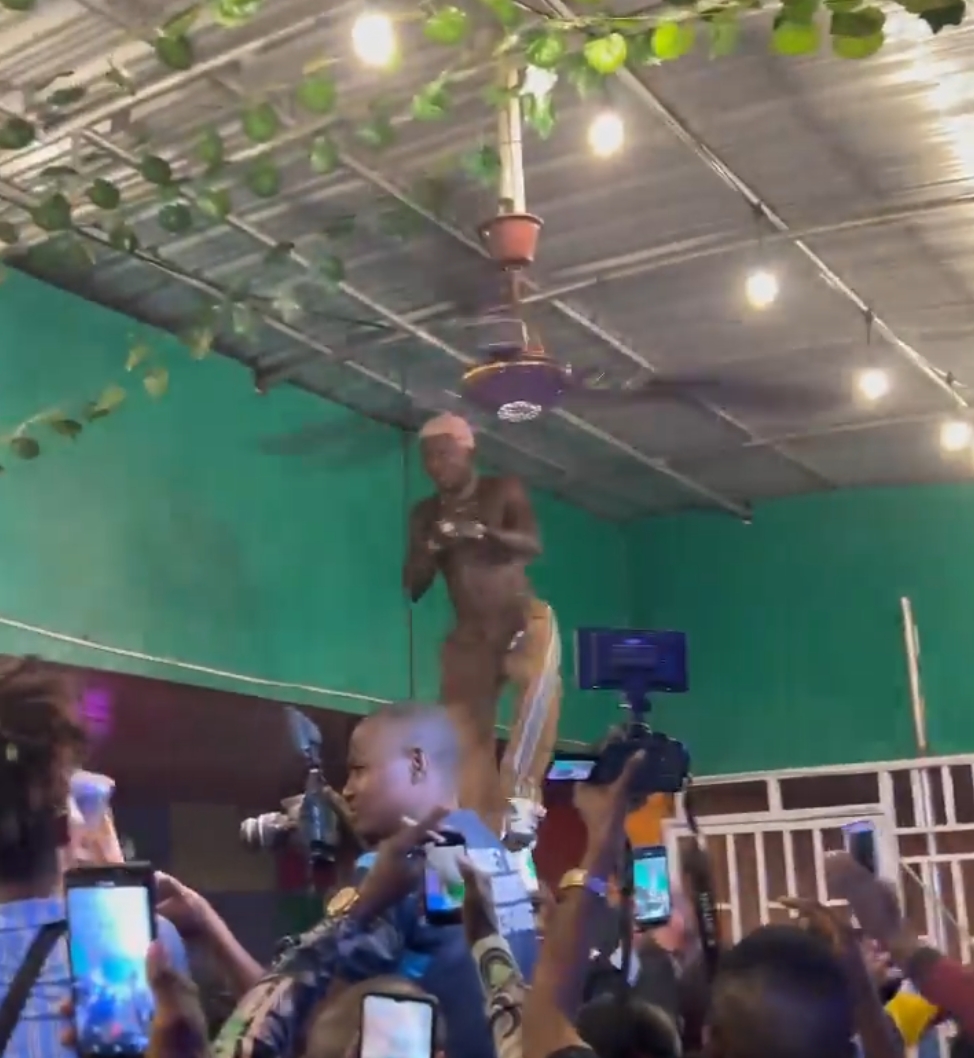 At a point, Portable pulled down his trouser leaving him with his pant alone as he continuously leaped on the stage.

Owing to the excessive energy put into the performance, his trouser was already soaked with sweat but this wasn’t a problem for him.

As the performance got more intense, Portable fell to the floor and began rolling while everyone watched in utmost excitement.

Sharing the video, he wrote: