It would be recalled that Hermes made it clear while on the BBNaija show that he was in a relationship with two ladies despite moving to a third, Allysyn.

In a recent video, the dancer reunited with one of his girlfriends who is said to be an artist based in Amsterdam. 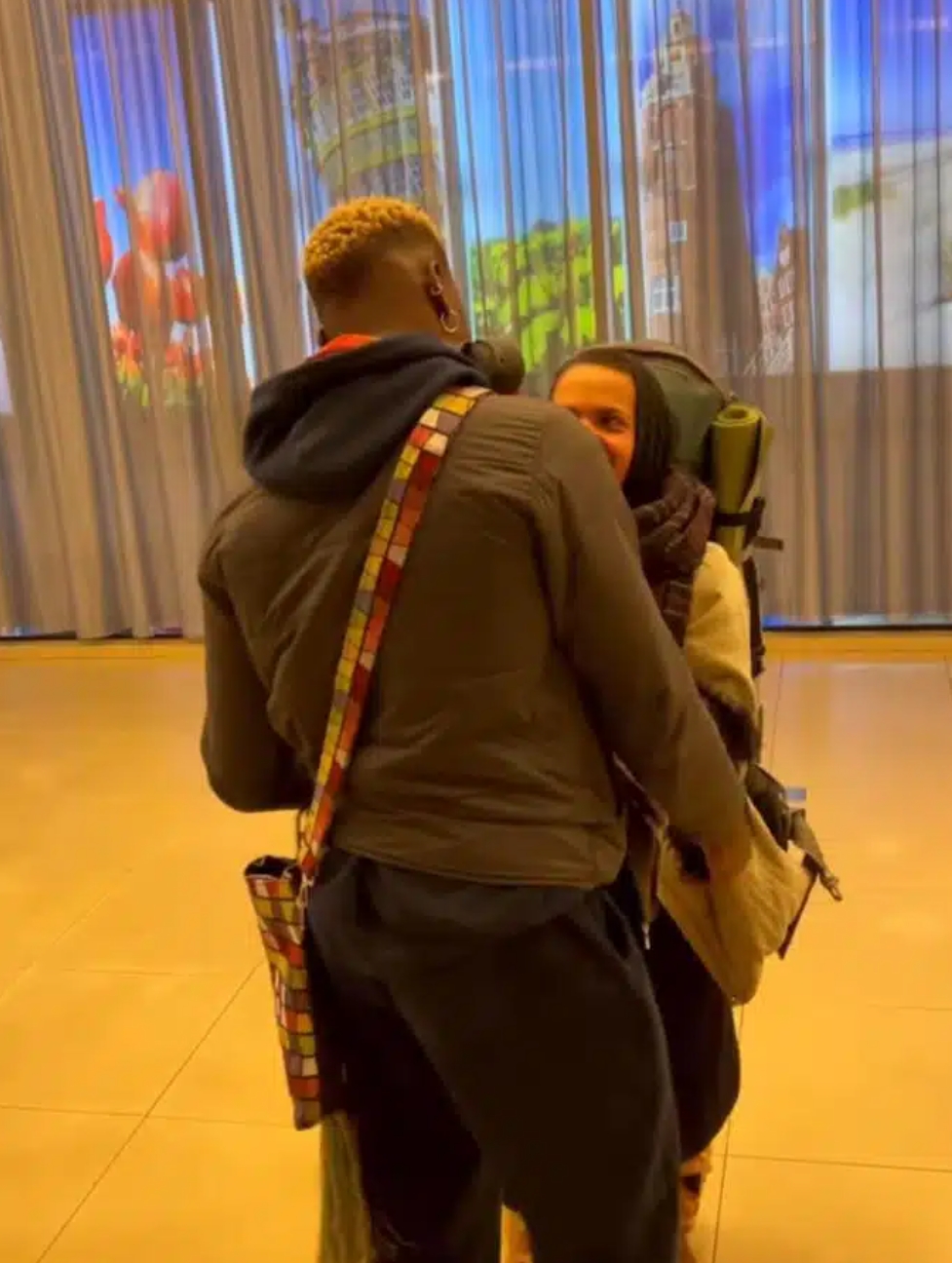 It was quite an atmosphere filled with unending love and kisses as the duo hugged one another like they are never letting go.