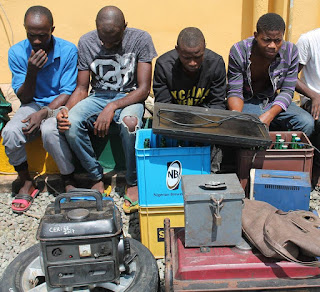 It was reported that The police have arrested three people in connection with the death of a young man in Abia state. On Sunday, 23/07/2017 , the police received an information that there was a corpse later identified simply as Prince ‘m’ of Ngwa who worked in a bakery at Garki Catlle Market Lokpanta. The victim was suspected to have been stabbed to death by his fellow cult members.
Sequel to the information, the Divisional Crime Officer Isuochi raced to the scene with a team of detectives, removed the corpse to the mortuary and commenced investigation into the incident.
The trio of Samuel Chukwuemeka, Abdulazeez Mukaila and Obisike Ekezie all males and members of ‘Red Barger’/Vikings confraternity were arrested. The suspects have confessed to the crime, search was conducted in their houses during which the following items were recovered: three red caps, four bangles, two daggers, one Samsung TV with its remote control, one Sony Speaker, one DSTV Decoder and a pair of canvas.
The dagger used in the act has been identified in the two recovered.
Effort is intensified toward the arrest of other fleeing members of the cult group.
Other armed robbers, kidnap suspects and criminals were also paraded before journalists at the state police command in Abia state.
See more pictures below!! 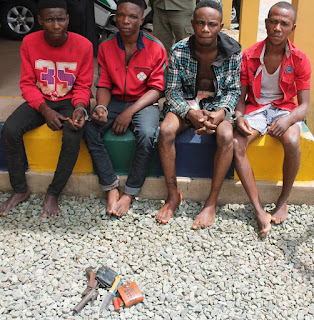 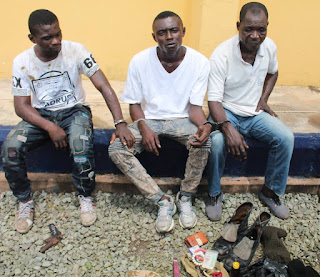 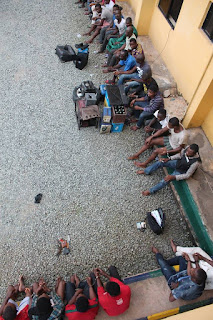