A video of a goat dressed up like a human being has attracted the attention of Nigerians on TikTok.

In the short clip posted by @bumilocks, the goat was dragged to a wedding reception. The goat had a scarf popularly called gele and a wrapper around its waist area. 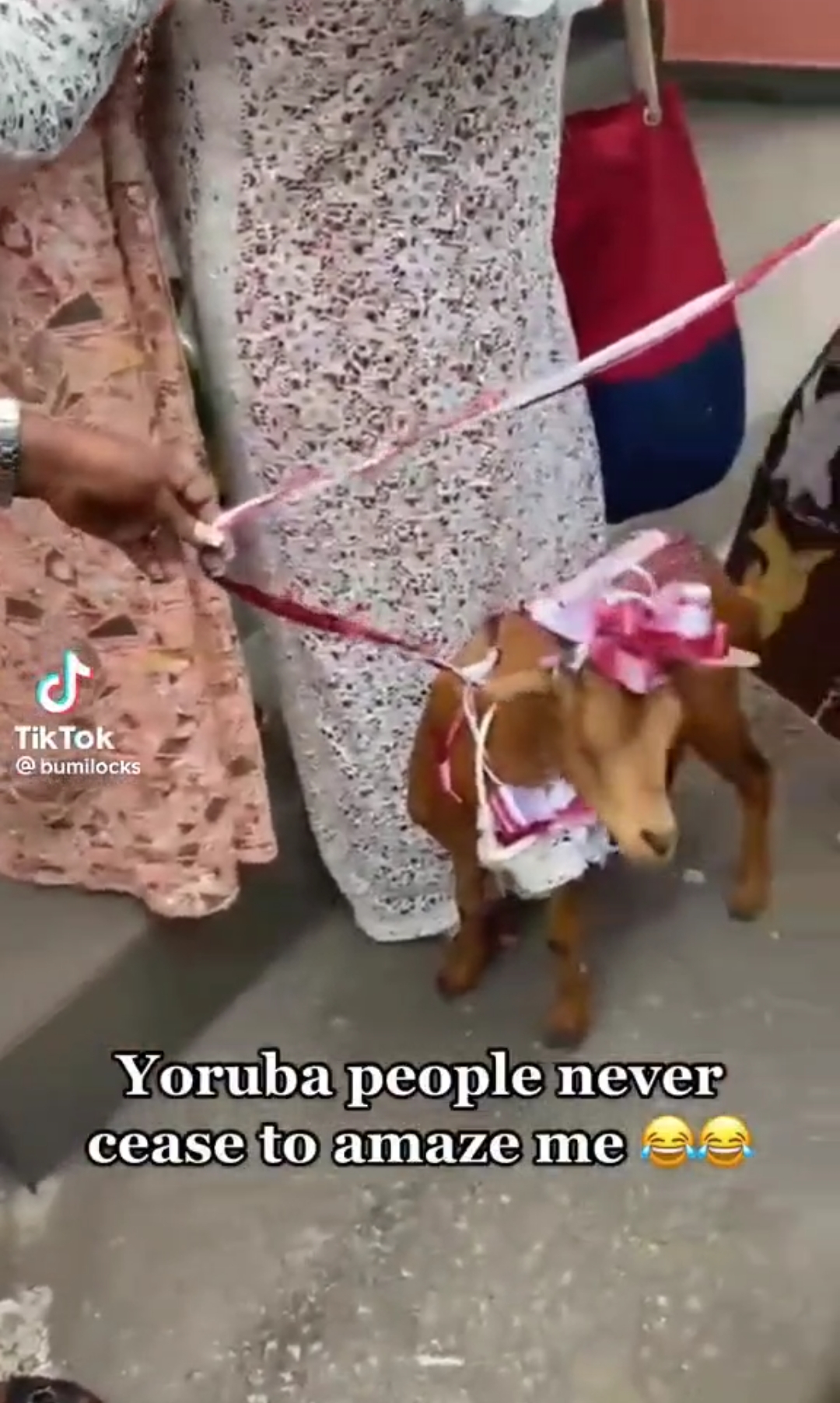 A crowd of women milled around the goat as it continued to look around in clear confusion. It was not specified if the goat was taken to the event venue as a present for the couple.

However, the woman who brought it held it with a rope and dragged it up towards a stage as if she was going to gift it to the couple.

But it was suggested in the comment section that the goat could be used for pepper soup.