A video that has gone viral and shared by @Cute9jamedia has shown a wedding that suddenly turned violent.

While the bride and groom were dancing into their wedding venue, one of the seated guests stood up and sprayed money on the groom. 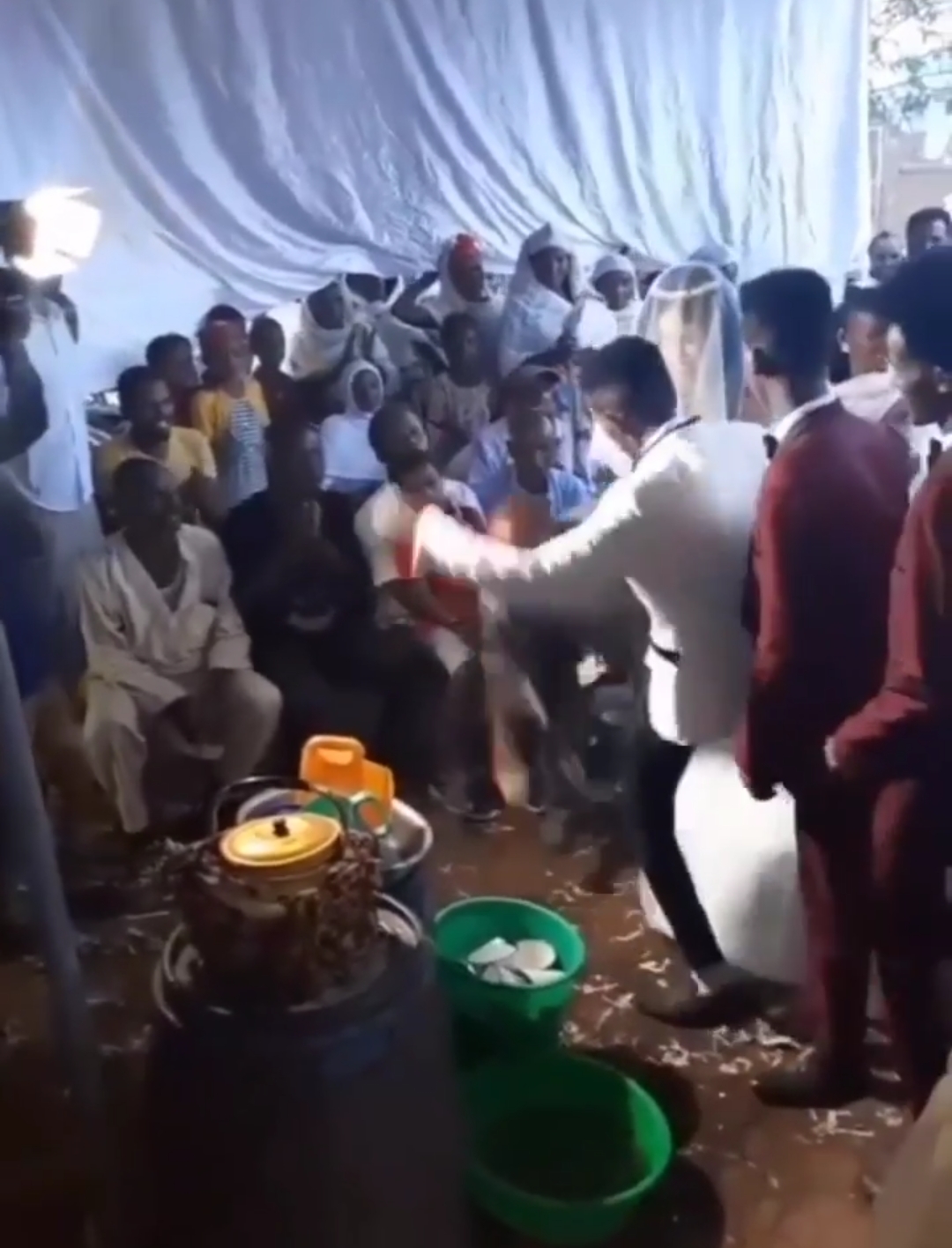 The man who did not like that he plastered the currency on his forehead removed it. A closer look at the video showed the wedding guest spat a bit on the money before giving it out.

Seeing that the man had removed it, the man made an energetic effort to return the money to the groom’s forehead and a fight broke lose between them.