“Open the Gate for Me” – Dad Shocked as Little Son Takes Over His Car, Attempts to Drive Out in Funny Video (Watch)

A Nigerian father was shocked to the bones after spotting his little son named Orji inside his car.

The little boy sat inside the vehicle with the ignition on and ordered his father to open the gate. 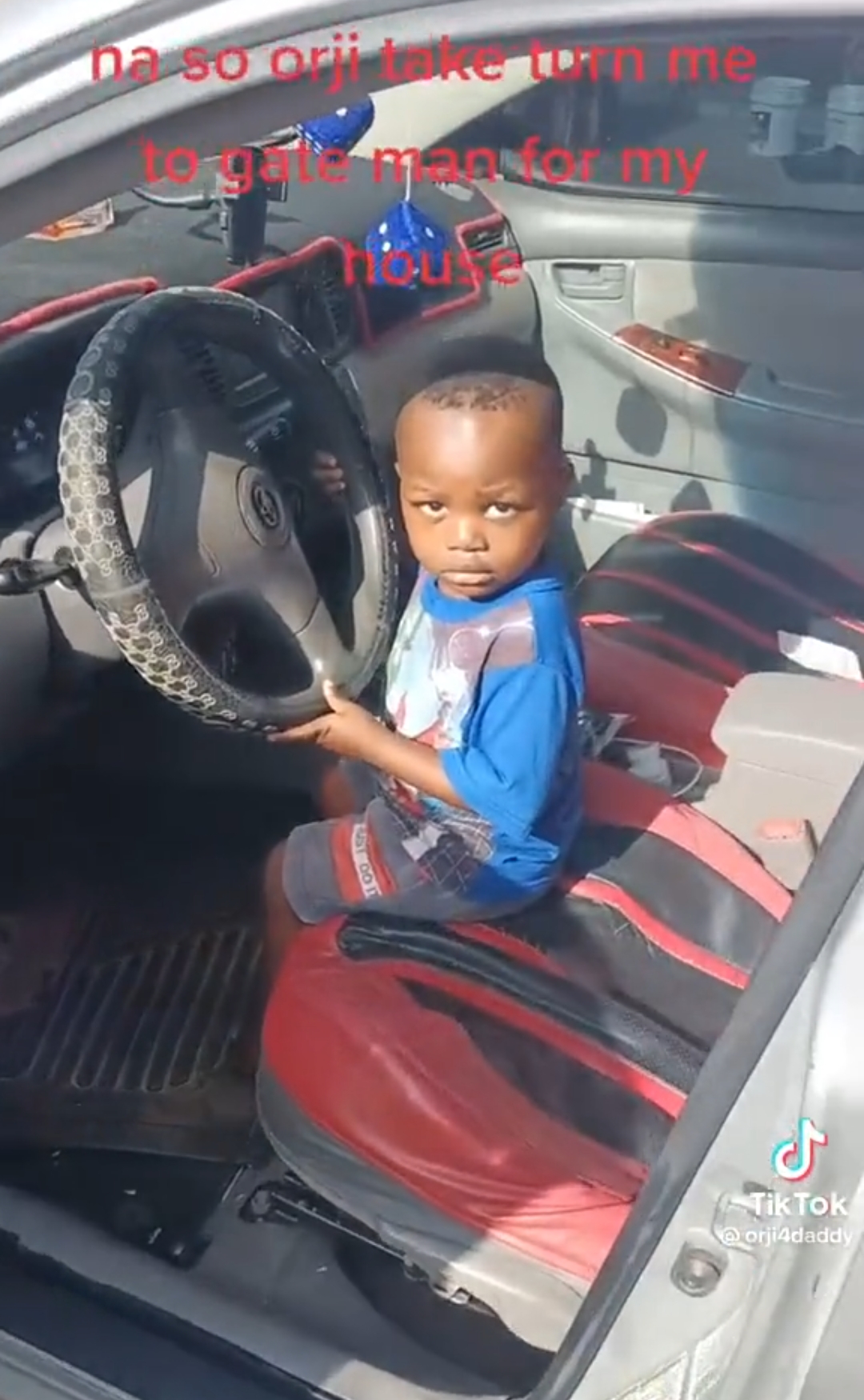 The stunned father ordered his son to get down from the vehicle but the boy stayed put, insisting that he wanted to drive out.

Seeing that his son was not ready to give up, the father quickly turned off the car and shouted at the little boy.

Netizens across the country reacted and below are some of the reasons.

“Orji wants to relieve you from the stress of driving you don’t appreciate.”

“Don’t provoke my boy o, he said to give him the key and go open the gate.”

“One day orji go collect your car key when you are asleep go flex. He say give me the keyyyy.”

“This boy eeehe. It is the I want to drive for me.”

“Oga please go and open the gate for my man biko.”